Miegakure  is a garden design concept that can be observed in many gardens in Japan and China, it is usually translated as ‘hide and reveal’. Originally it was derived from Chinese landscape painting composition, in particular those portions of the painting where the artist created perspectival shifts or disjunctions. One way this was done was by leaving portions of the composition blank or ‘empty’, as if the landscape was shrouded by misty clouds. This allowed the artist to subtly alter the viewpoint of observer of the landscape being depicted.
In essence the idea of miegakure is to obscure or ‘hide’ some portion of the garden from the viewer from any single viewpoint. That is to say, the entire garden composition is not usually seen from any one point, as is often the case with Western garden design. Moreover obscuring portions of the garden composition is an intentional, deliberate, act by the garden creator. A notable instance of miegakure is the renown karesansui garden of Ryōan-ji temple, where of the composition consists of fifteen stones, though from any single point along the viewing verandah, only fourteen stones can be clearly seen. An aspect of the garden that Kyoto taxi drivers and tour guides love to point out with all the panache of a magician pulling a rabbit from a top hat!
The Japanese garden is often created as a series of interrelated views, which are presented in sequence, and the totality of the garden is a consequence of this process of layering views in the imagination and experience of the viewer. This is particularly the case in stroll gardens (kaiyūshi teien) where the composition of the garden is very deliberately set out in such a way as to draw the viewer through the garden by presenting the imagination with a series of unfolding scenes that are then ‘discovered’ by the viewer. Sometimes the viewer will be looking towards a potion of the garden that he/she has seen before, but this time the view will be framed by different elements, and so appear ‘new’.The garden of Katsura Rikyu is a wonderful example of the use of 'hide and reveal' as an integral element of garden composition. As one moves through the garden, spaces and views open and close about one. 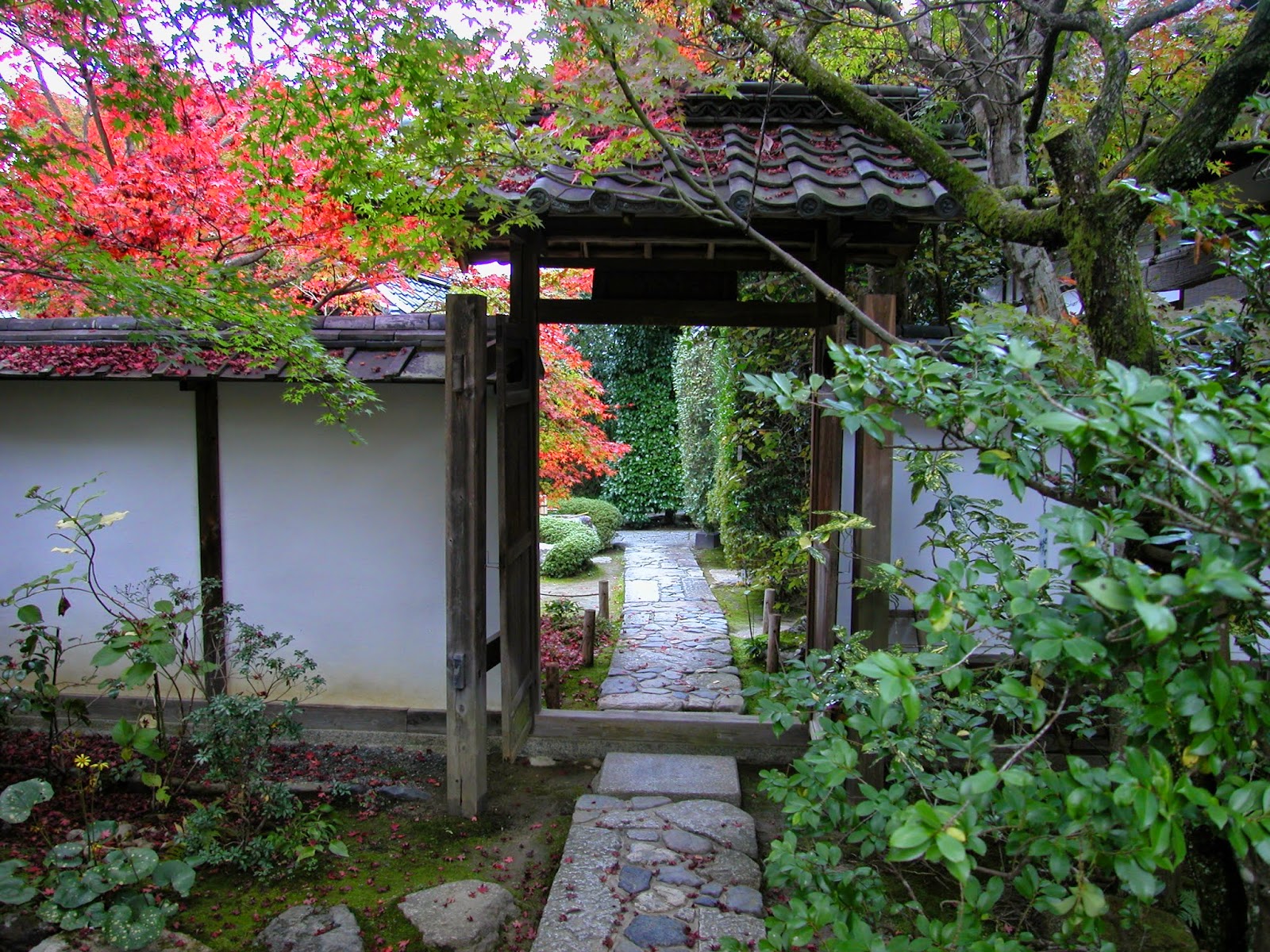 One way miegakure can be achieved is by deliberately framing a view. An open gateway along a path will form a natural framing device as the viewer approaches, where a portion of the garden beyond will be ‘captured. Planting is another obvious means of achieving the same effect. Large trees on a site may lend their lower limbs and foliage to contain or frame certain views beyond. It may be a fairly fleeting view or impression, especially as the viewer walks along a path, it might be just at a certain spot that the effect is revealed. This experience can be enhanced by the nature of the path or position from where the view is revealed. A broad path that is easy to walk over will allow a viewer to stride with their head up, and so take in the view. Whereas a path that demands attention to the placement of your feet, will distract attention away from what is about to be unfolded.

Miegakure then can lend a sense of rhythm to the experience of a garden. Rhythm implies the presence of time and movement, and that the viewer is the centre of the unveiling of the garden. The garden reveals itself through the presence of the viewer, and the garden is also made sensible (felt) through the body and imagination of the viewer. Miegakure can also create a sense of  curiosity and anticipation in the viewer, in the way that seeing a path leading around a corner, creates a desire to move along that path to see what may be revealed around that corner. It is a means by which we are ‘pulled’ along through the garden, desirous to explore every corner, to experience the garden in its fullness. The alternation between ‘’hide’ and ‘reveal’ draws us deeper into a harmony with the universal rhythms of expansion and contraction, between darkness and light, between active and passive. Miegakure is the tipping point of transition and transformation from the one to the other.

To follow this blog: the 'Follow by E-mail' facility is now operating. Don't miss a beat and sign in. If you enjoyed this, or any other post, please let me know! If there are specific aspects of the Japanese garden tradition you are interested in, please let me know. Thanks.
Posted by Robert Ketchell at 14:35