Beauty To Be Born

The sun breaks through –
My shadow
Spooks some iridescent flies
Resting on a garden chair. 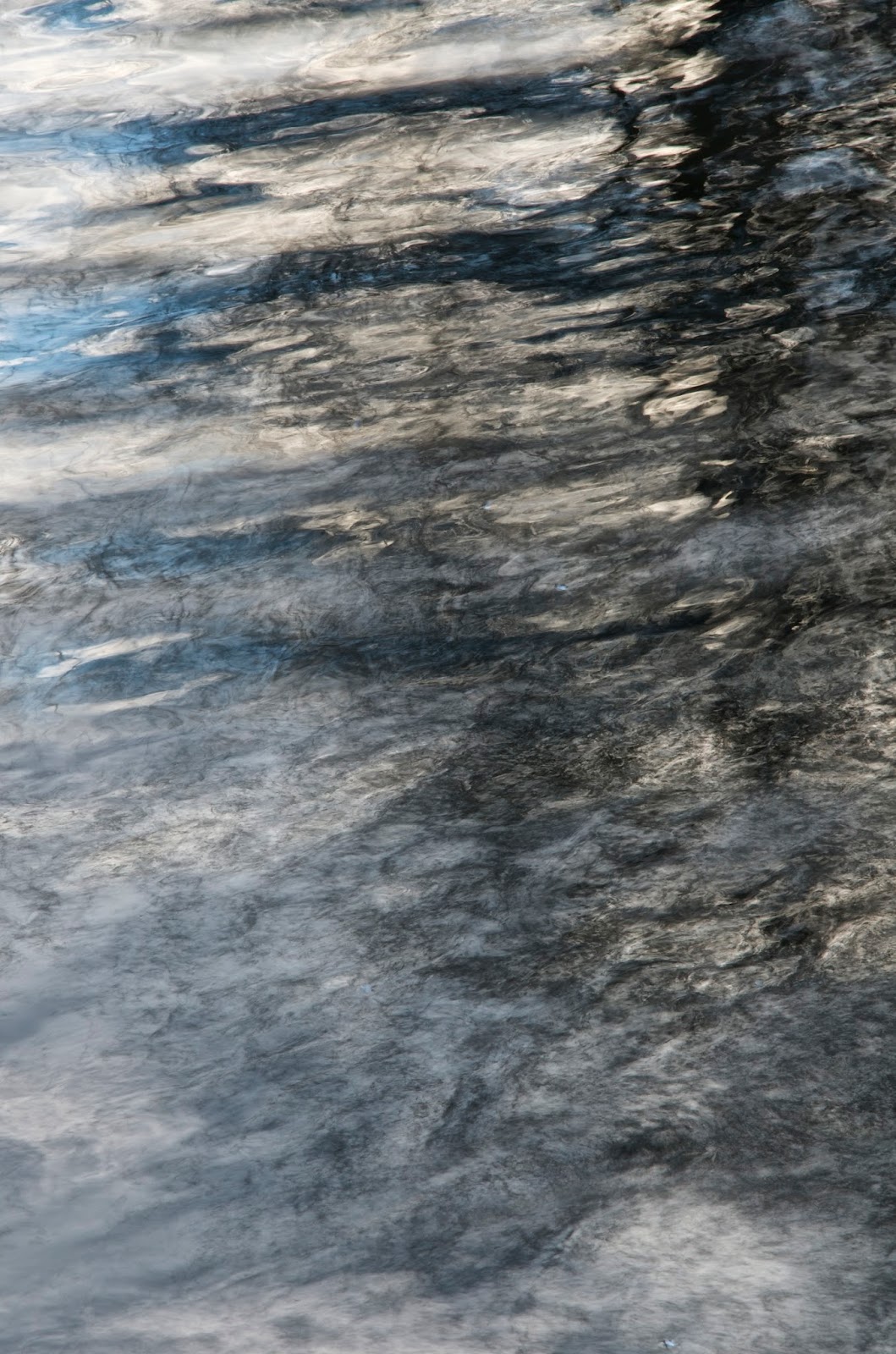 Dear Mother and Father,
Now, I am a Grandparent too.
Wherever your spirits are now,
You would be proud too. 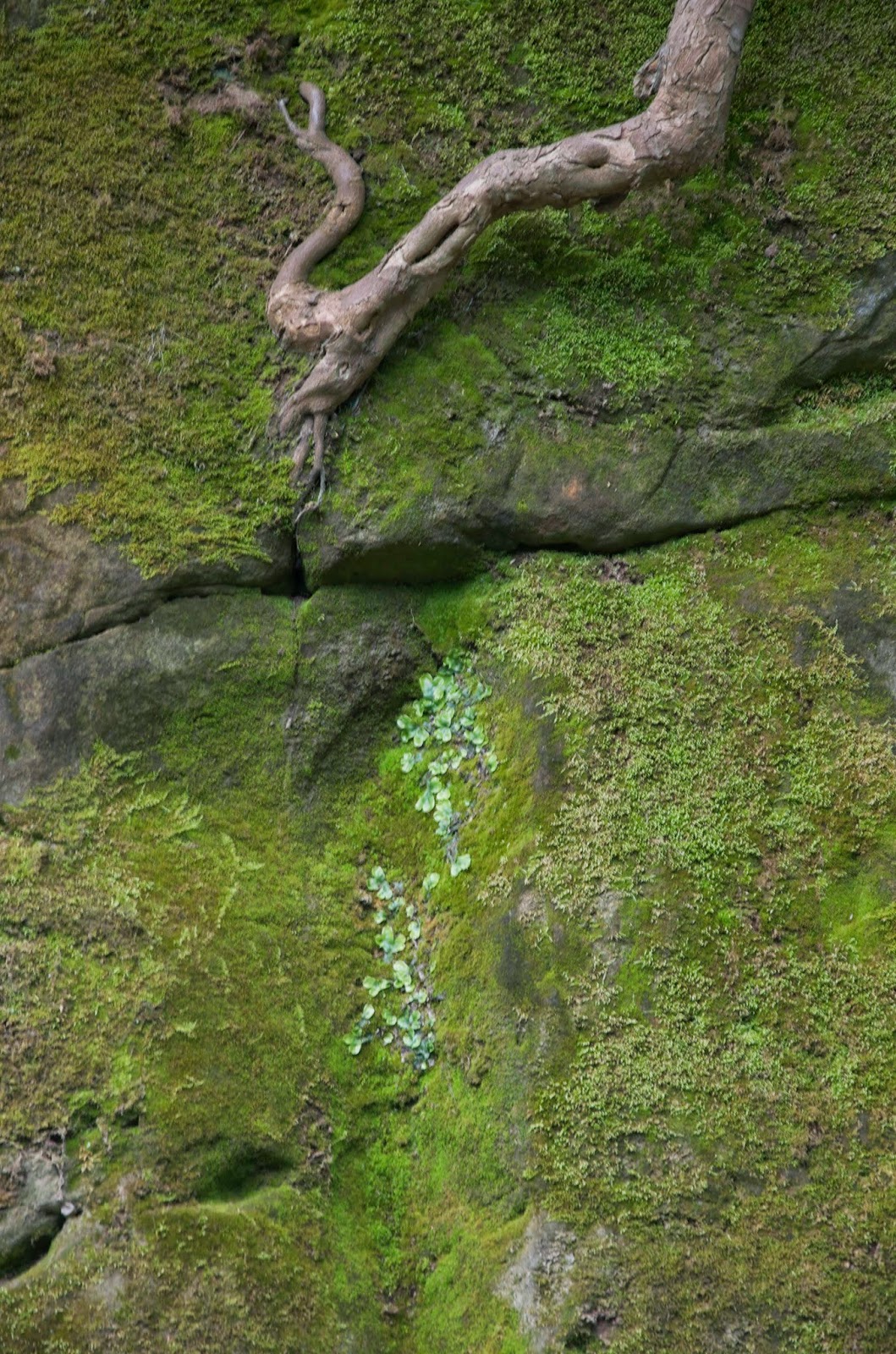 Beauty to be born.
It’s a call to trust
To allow the unfolding to happen
To know from the heart
That’s all. 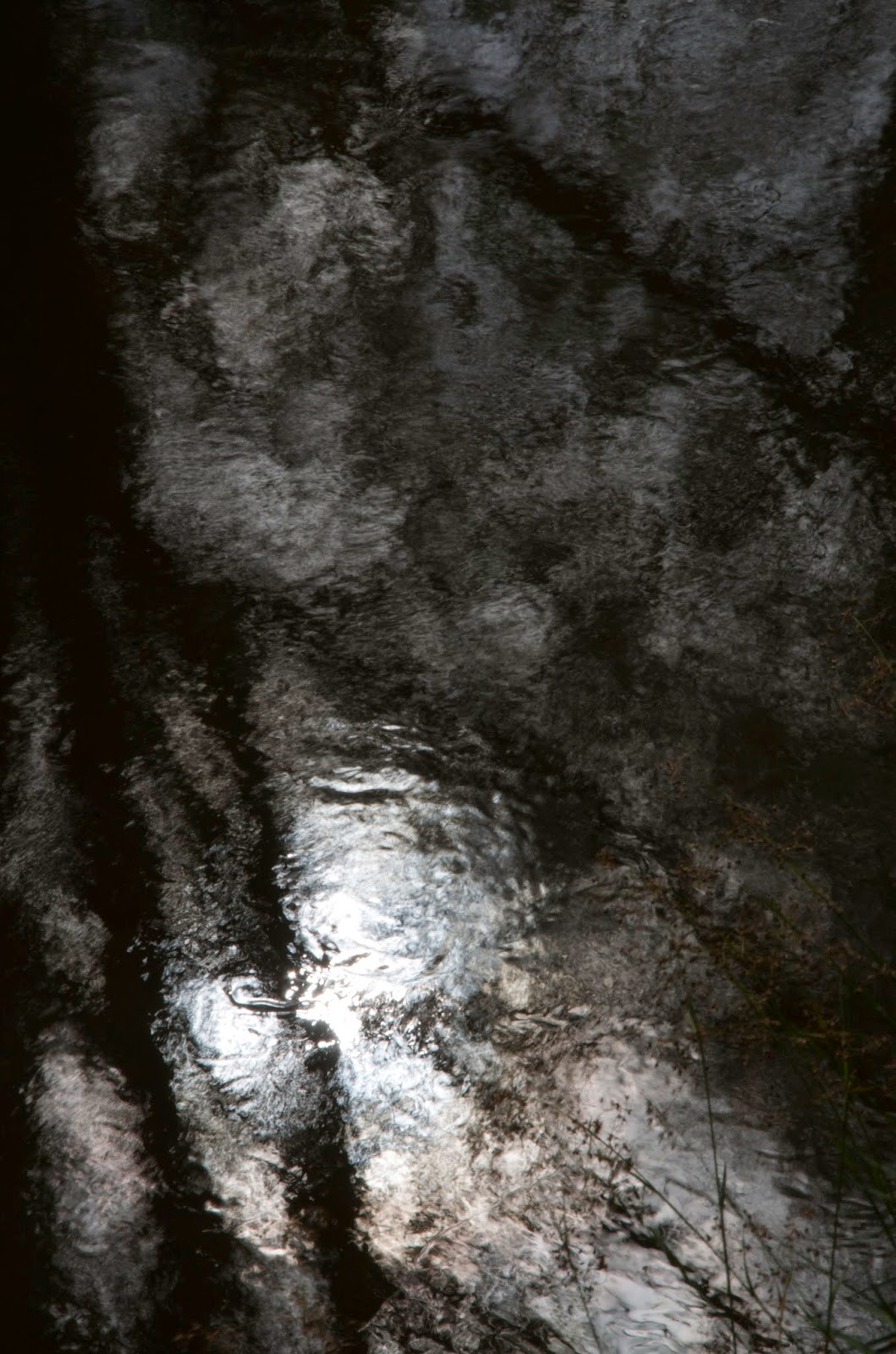 Travelling between worlds
Being reborn in the air
Then after this


The heaving earth and infinite sky. 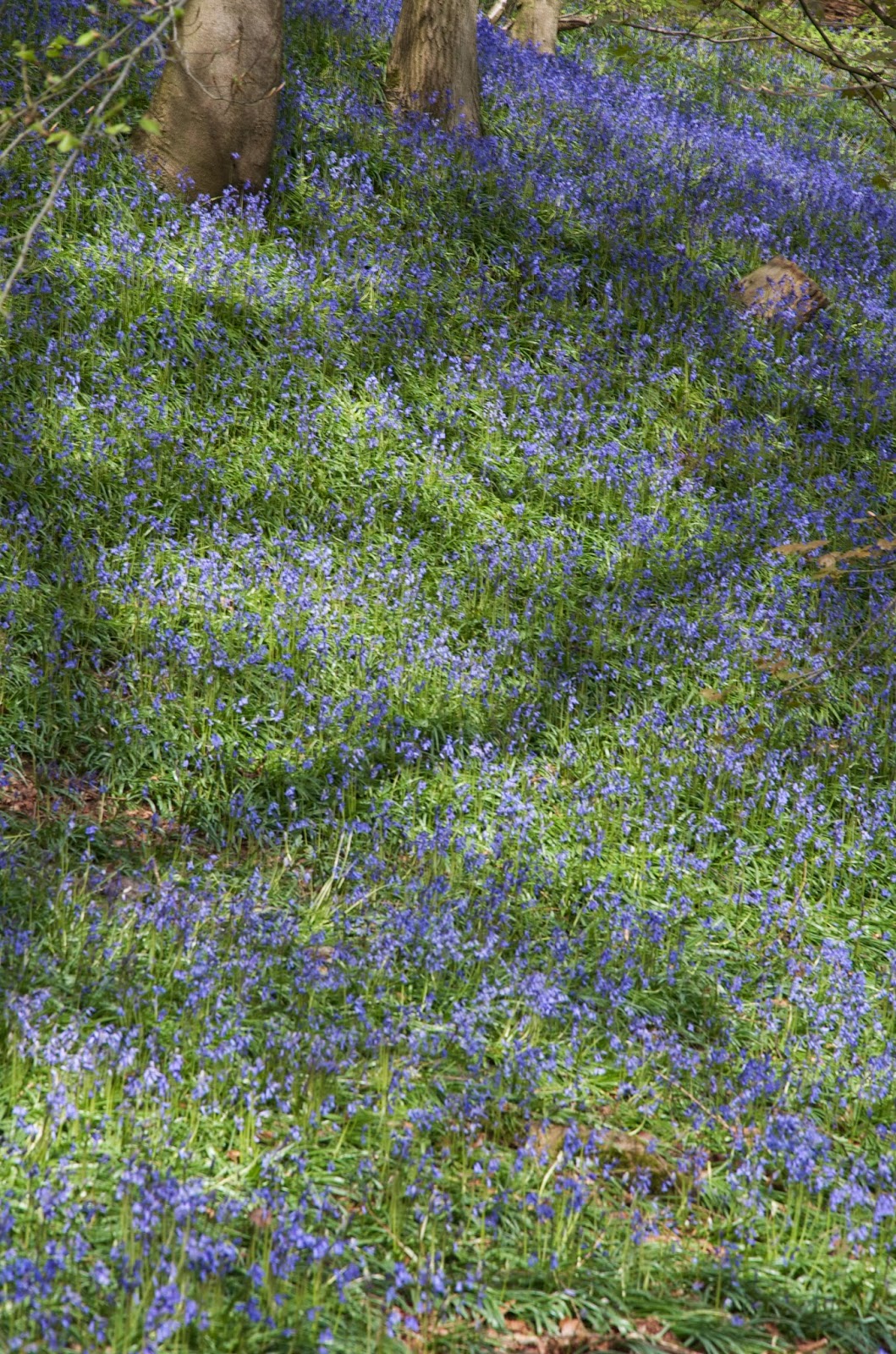 Streaked across the Western sky
White diamond, blue haze;
Light created
In the shade of ancestors. 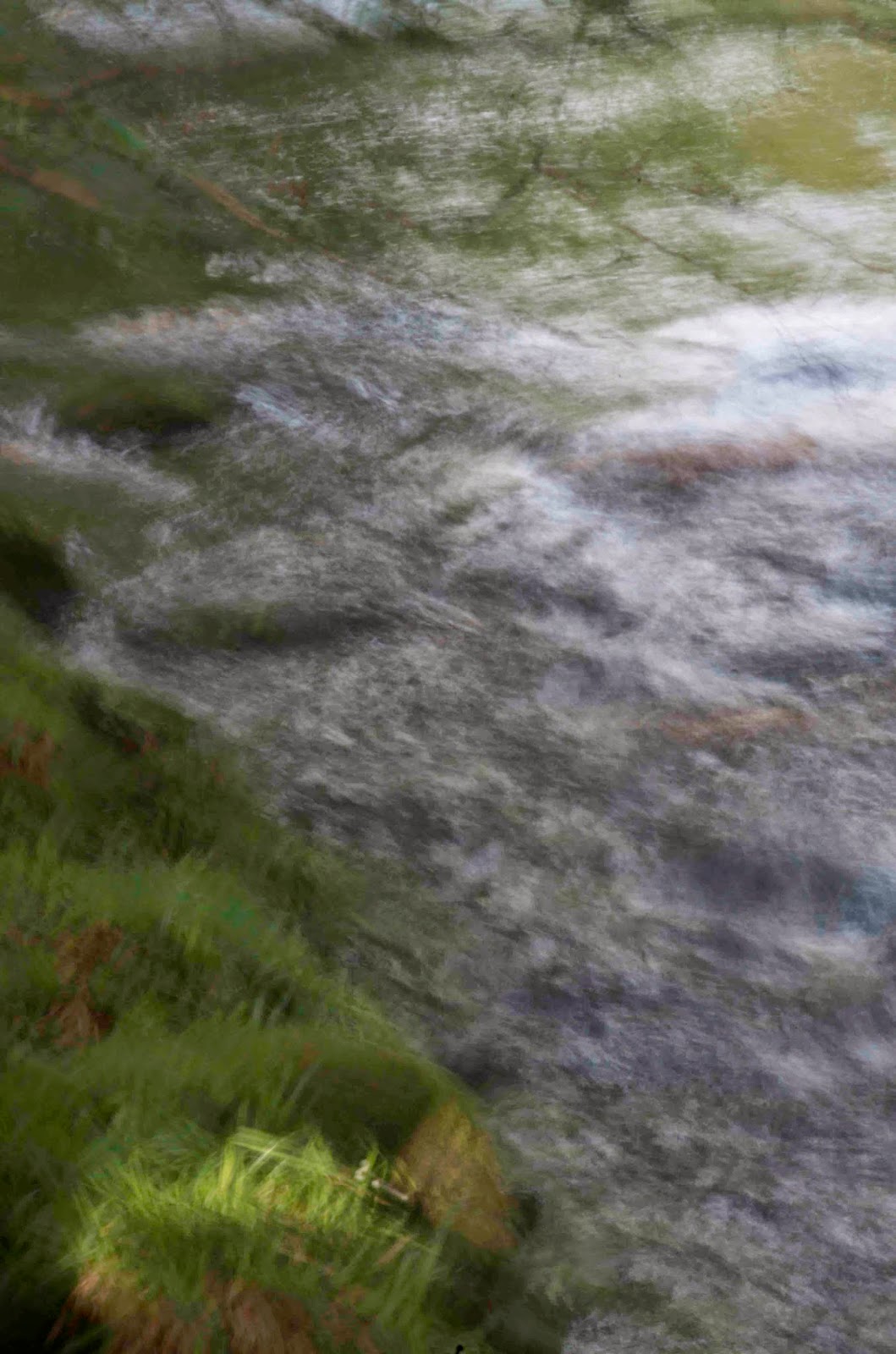 So,
You arrived
Crossing from the world of water
To this world of air.
What joy is born. 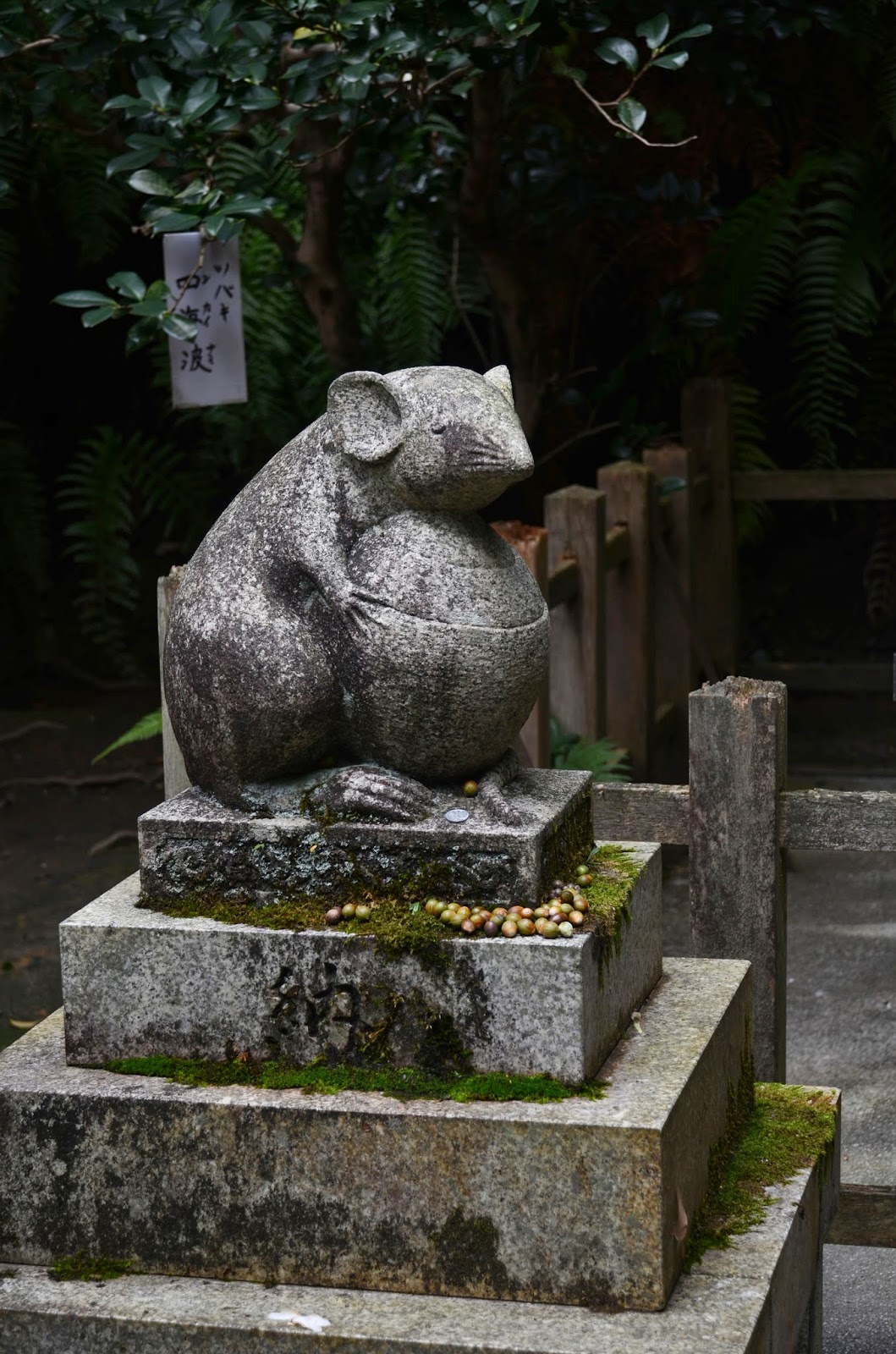 Pink streaked
Across the night sky
The call of a goose -
Above the hum of traffic. 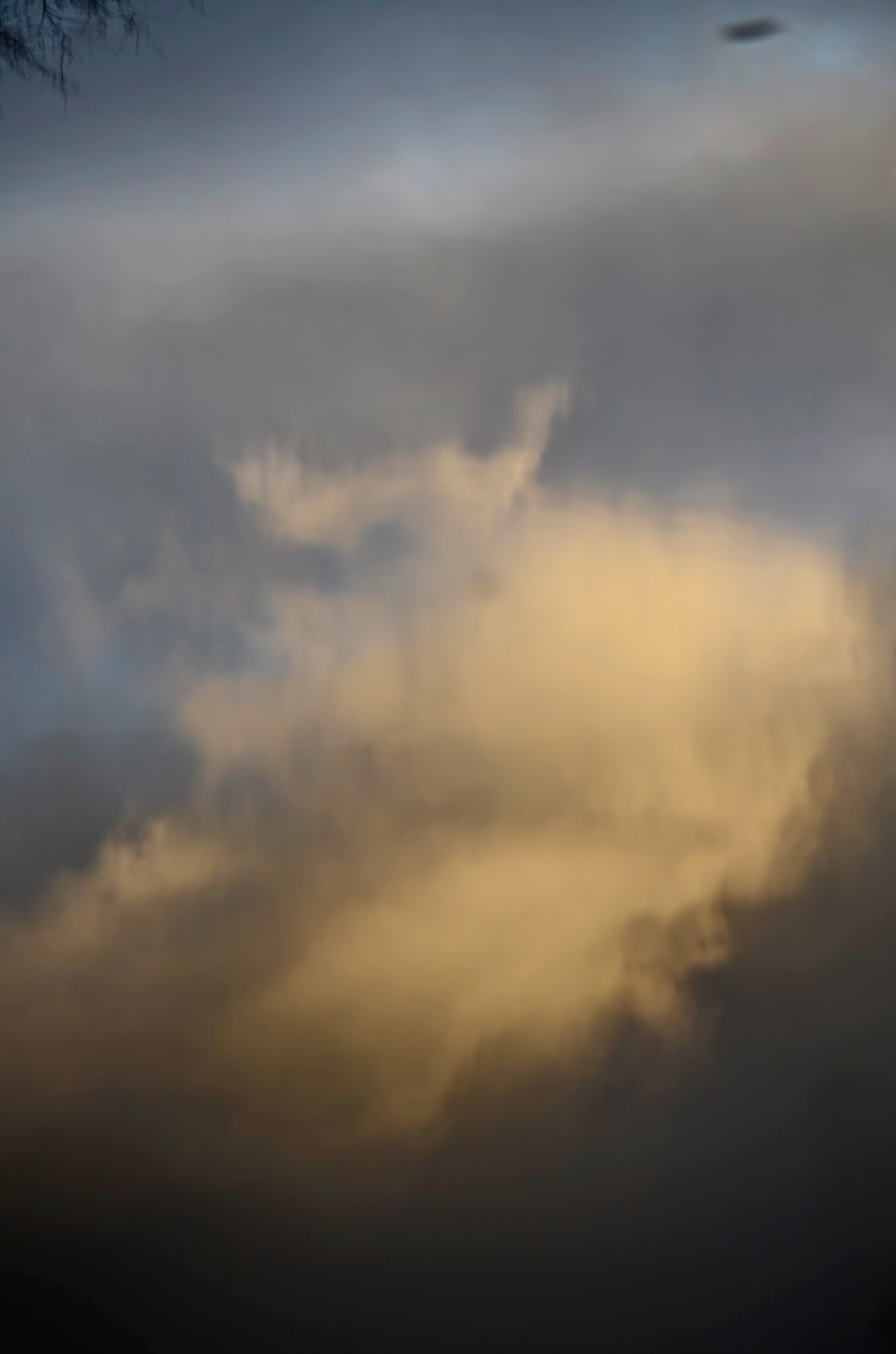 Here the proof of continuation,
Born of blood and water
Bound in muscle, bone and memory;
What dreams have you brought
In your unfolding fingers? 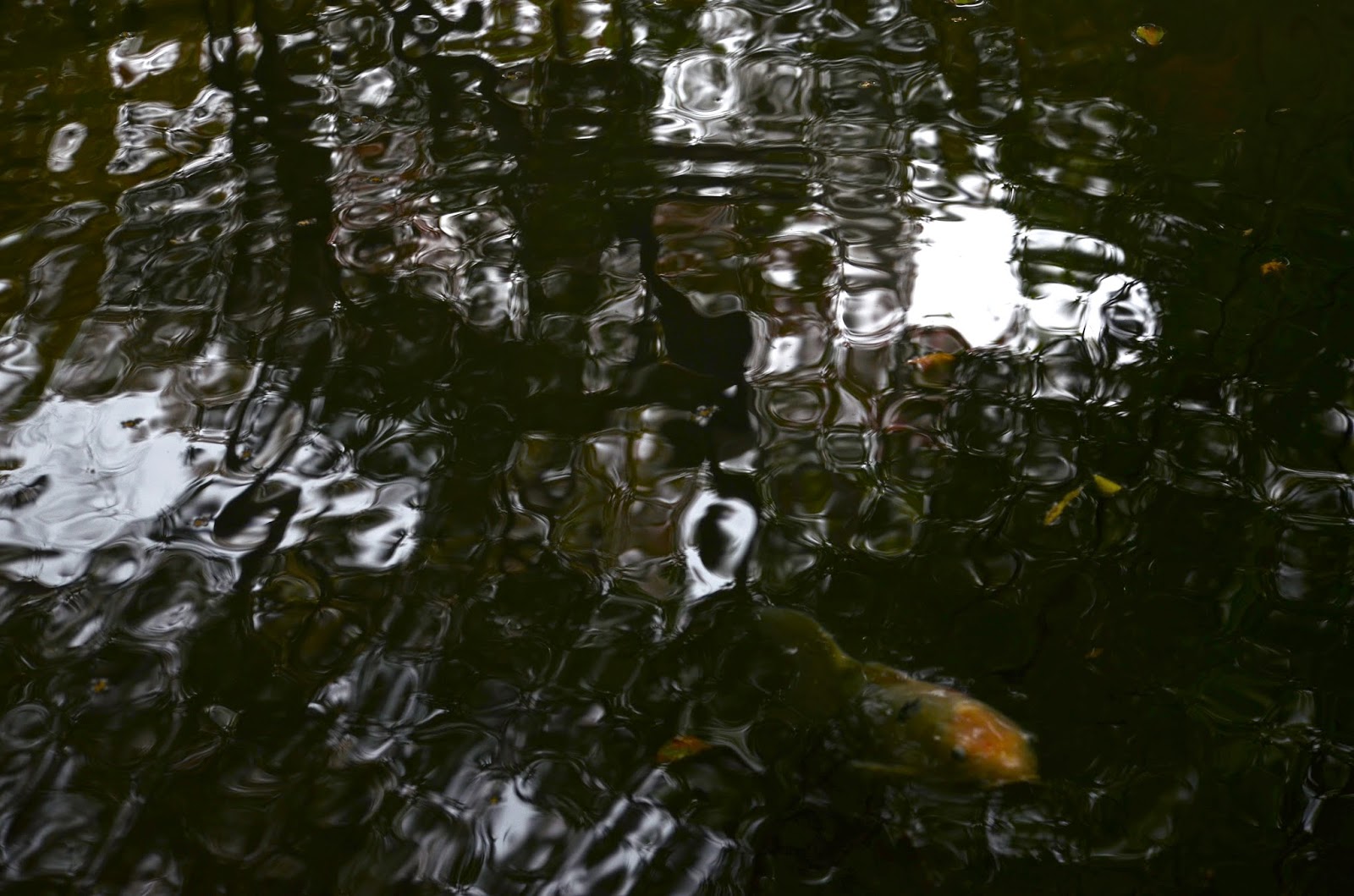 You chose your moment
You came in your own time-
Dream time imprinted
The beating heart pulsing in song-
Another unmapped path to trace
In the arc of a morning star. 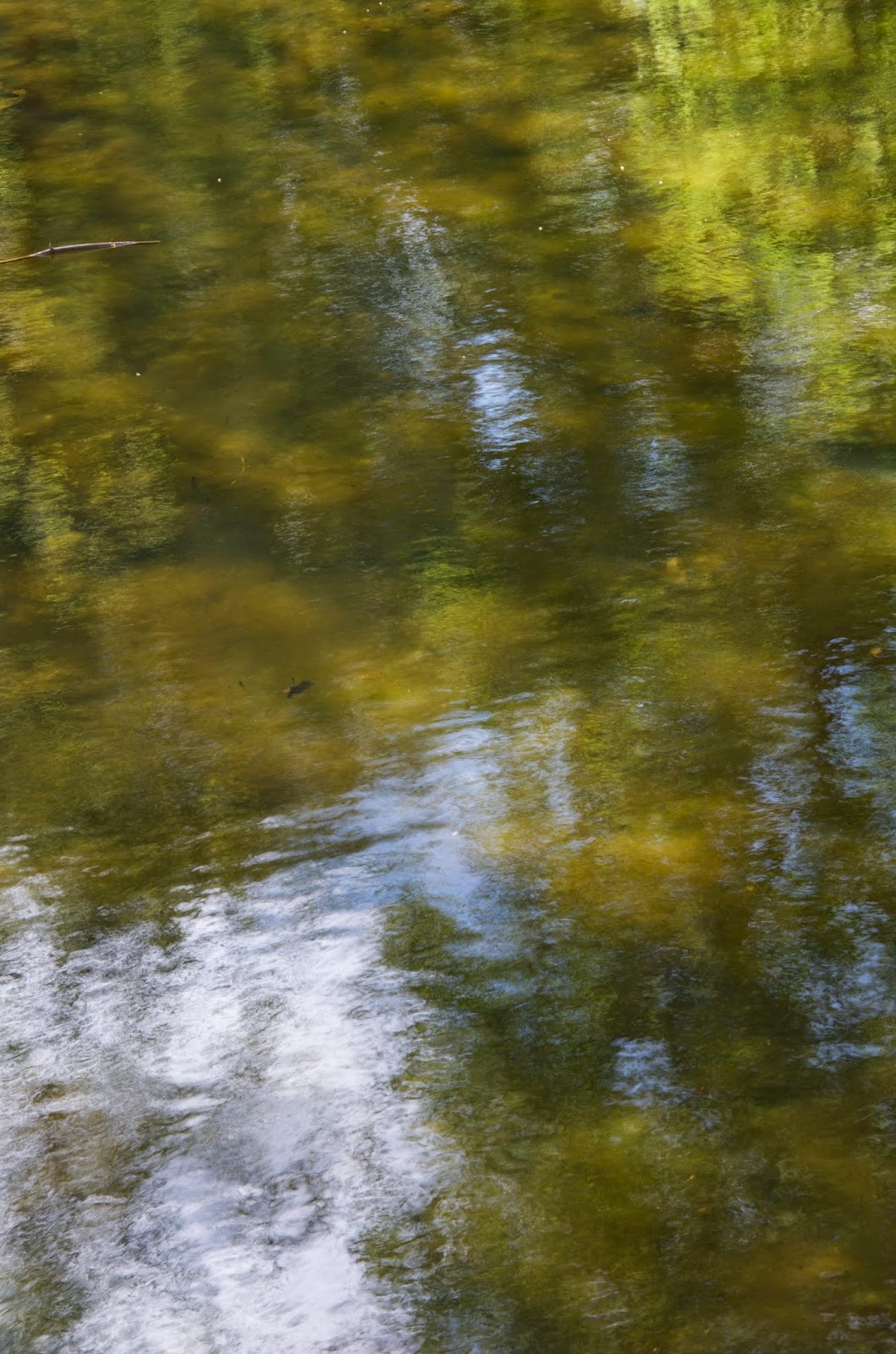 A diver breaking through
the thin film of the watery world
pushing into light and air.
What greater journey can exist,
At the very edge of now? 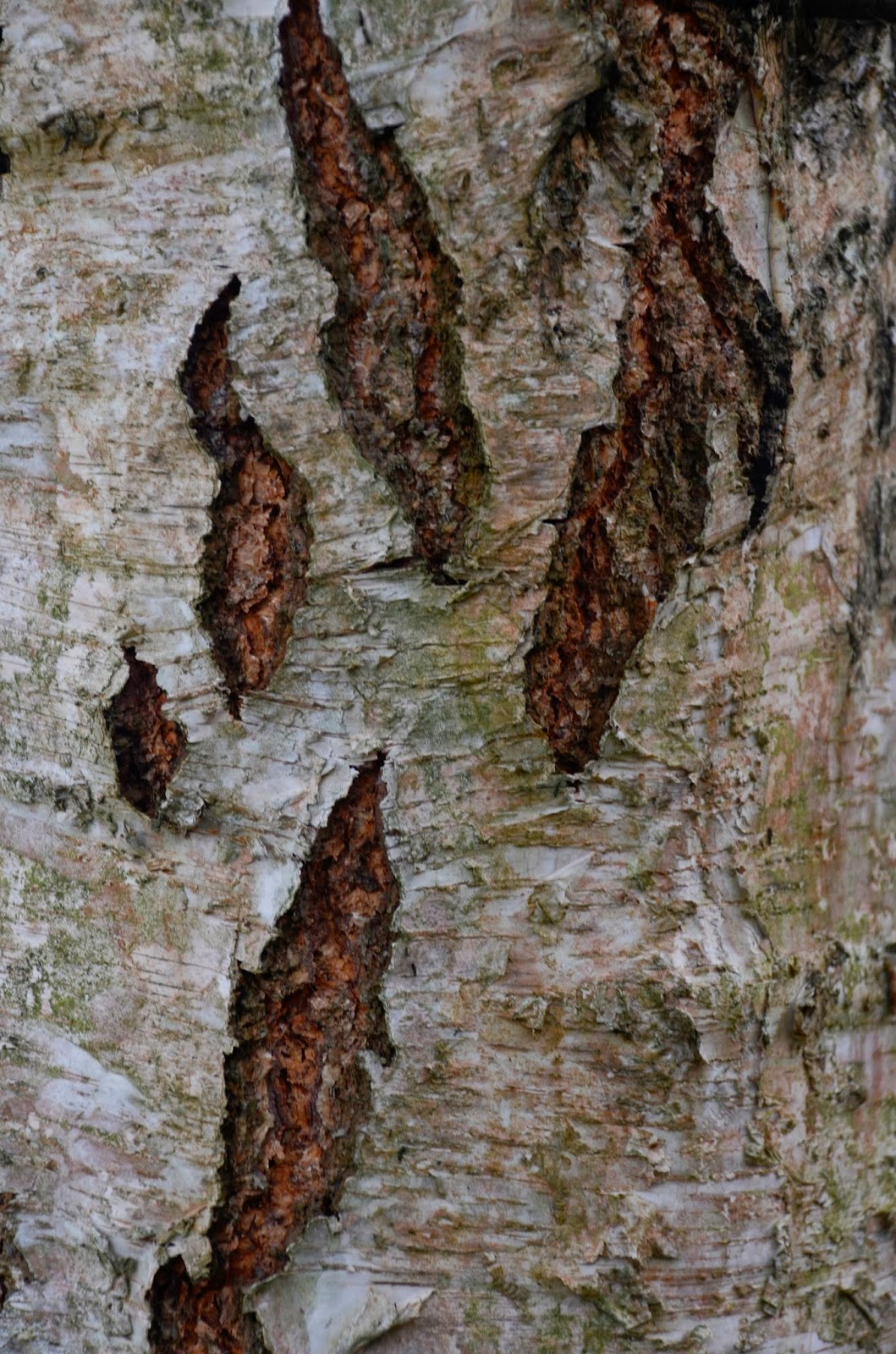 
Yet more love for the world. 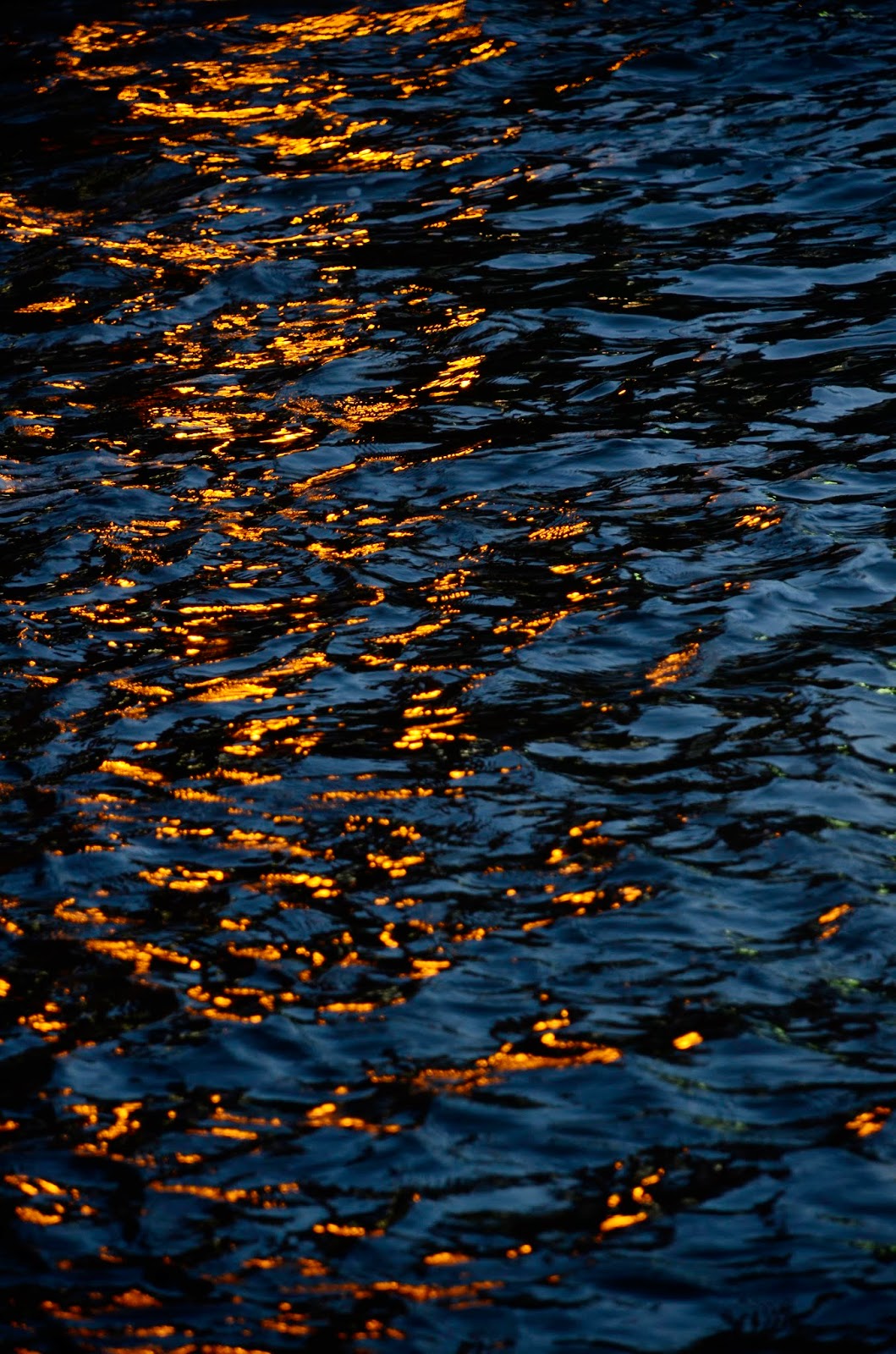 Founded in 1655 by the deposed Emperor Gomizuno-o, Shugaku-in Rikyu is located in the Higashiyama hills, north east of  Kyoto city. Today Shugaku-in is a series of three villa locations, known as the Lower, Middle and Upper, each linked by a pine-lined path. The overall atmosphere echoes the refined and sophisticated grandeur of Katsura Rikyu over to the west of the city, Shugaku-in indulges in its larger hillside site and in some ways it presents a more naturalistic, less formal, approach to its landscaping. It is a large site and the main villas are separated by  terraced rice fields which lend a  strong rural  tone to the whole site.Each of the three main sites are linked by pine-flanked pathways. None of the original buildings have survived the passage of time, and the present buildings all date to subsequent restorations, mainly carried out in the 19th century. 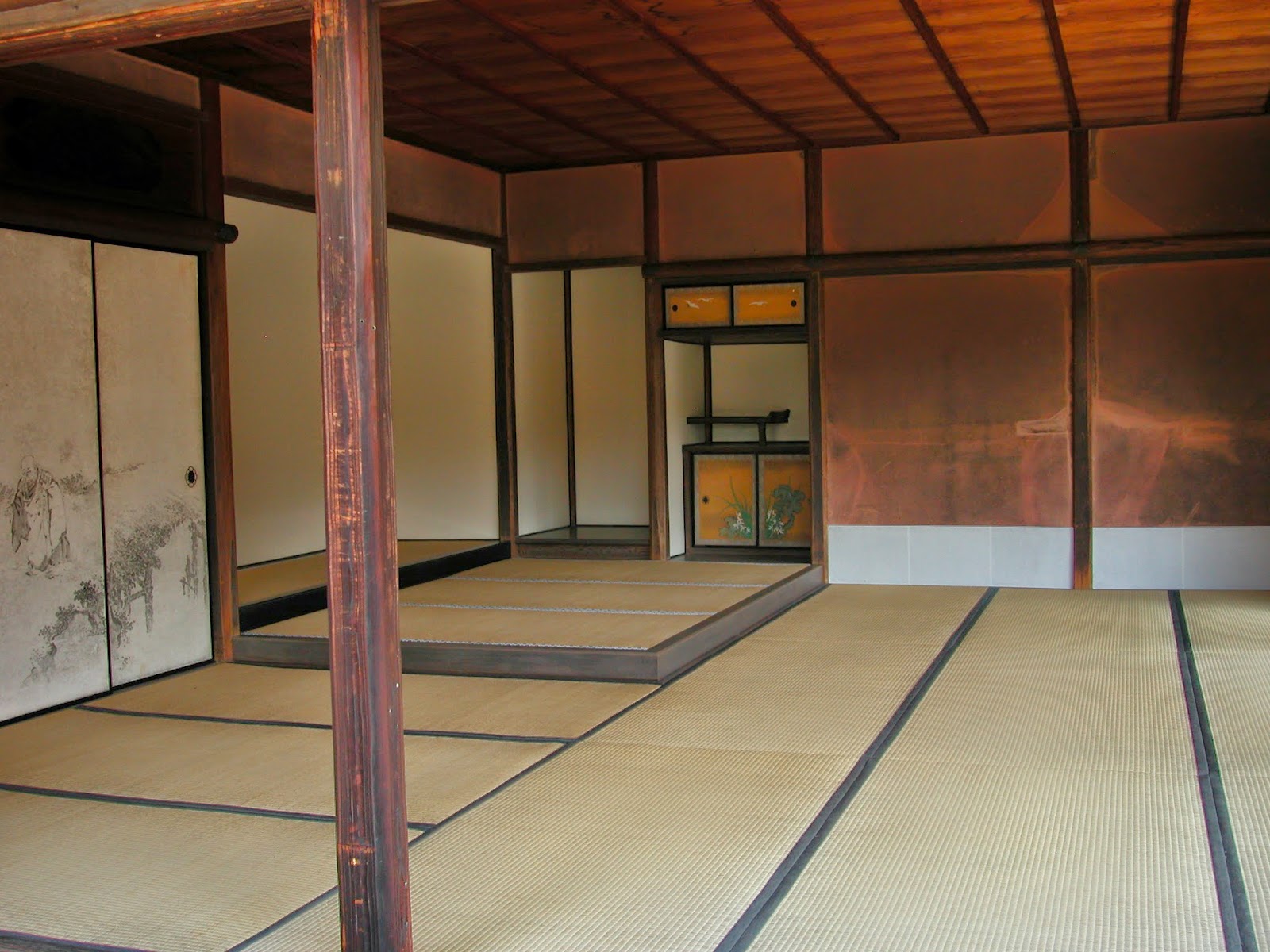 If the glory of Shugaku-in is in its setting, then there is no better  exploitation of the dramatic potential of a site than is found in the siting of the Upper Villa, the aptly named Rinun-tei, “The Pavilion Among the Clouds” ( reconstructed 1824 ). The approach to the pavilion is via a narrow, steep staircase, framed on both sides by tall hedges. As the visitor reaches the top of the flight of steps and the pavilion, a panoramic  view is set out before. Below  the  Rinun-tei is a large pond, created by the damming of a mountain stream, the pond contains two islands linked by an imposing bridge ( Chitose bashi , lit: “The Bridge of a Thousand Years”), added in 1824. The larger of the two islands ( Bansho-u), has a small pavilion, Kyusui-tei, one of the original buildings from the founding of the estate. The west bank of the pond is supported by an embankment covered by extensive hedges. 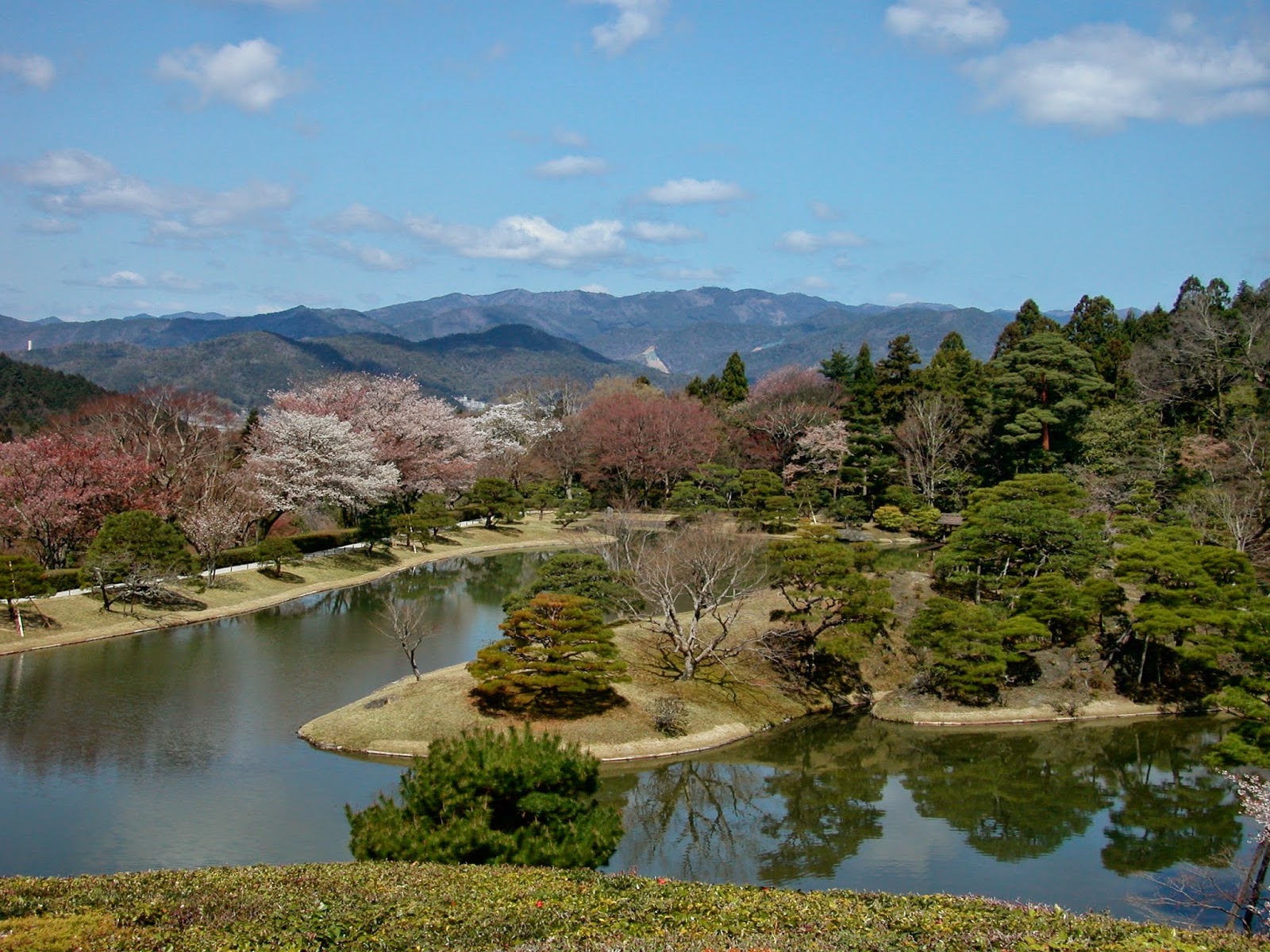 The visitor looking down from Rinun-tei has the sense of being in a very high place, the surface of the pond reflects the sky and clouds, and the shakkei to the north is of ranges of hills and mountains unfolding. The whole scene being held in place by the overarching sky. The magnificence of the natural landscape has been captured and enhanced by the sensitivity of a designer’s eye steeped in the Chinese and Japanese landscape painting tradition.

The great triumph of Shugaku-in is captured in this glorious view. It is nothing but a show stopper, a moment when the heart misses a beat. Ranged against the weight and solidity of the sweeping panorama of pond and distant mountains, is the great glory of the sky itself. In this breathless view is the interplay of yin and yang forces, acted out for the viewer in all its cosmic subtlety. Here are innumerable and venerable landscape paintings writ large. Except, of course, the scenery shifts and alters every moment with the ever-changing light of the day passing. Great gardens are created by great views, they exploit every nuance of the potential of the site. Shugaku-in is a great garden. 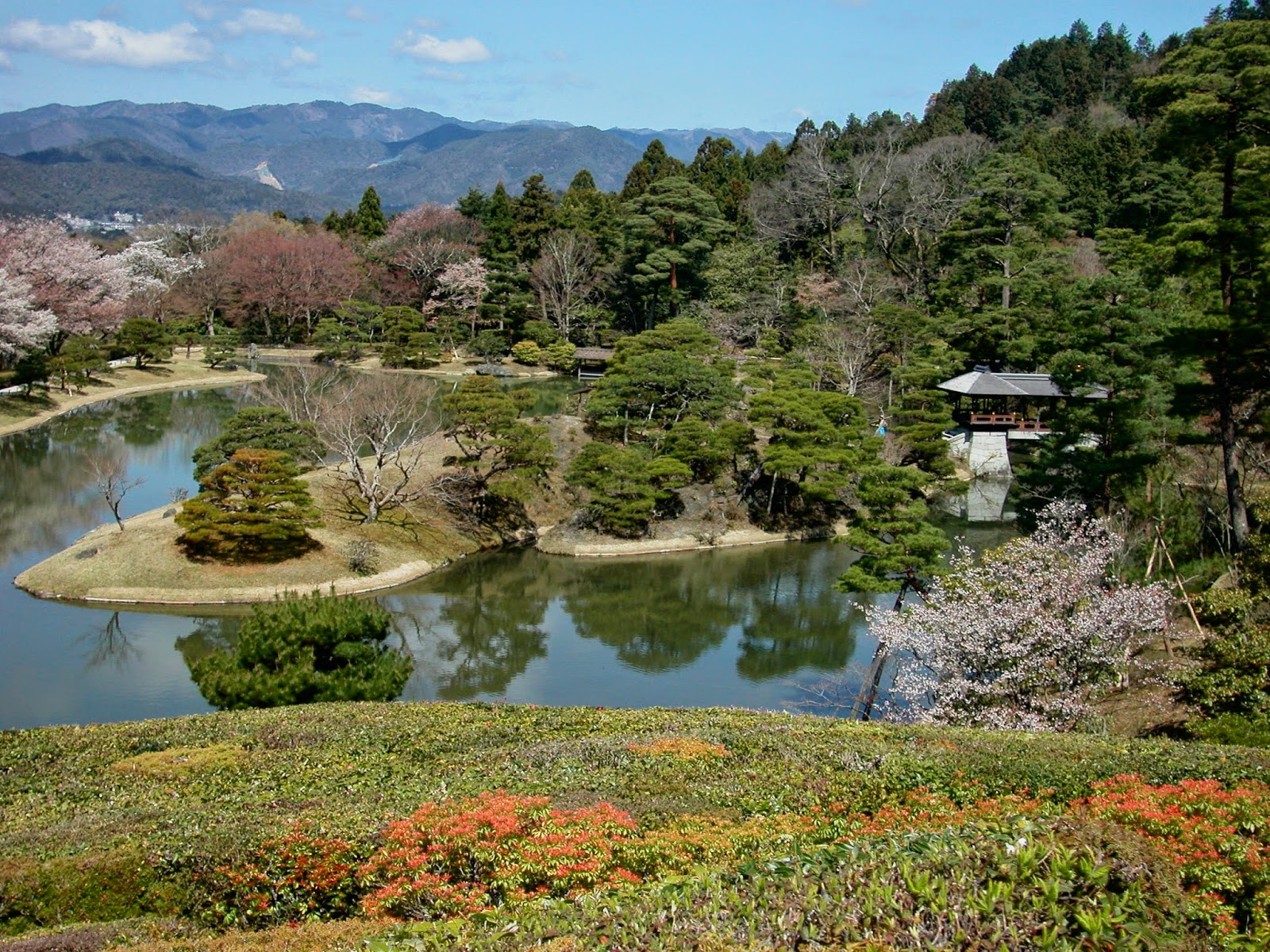 Garden tours are free of charge, and can only be visited by prior arrangement through the Imperial Palace Agency. The office is located in the Kyōto Gosho park, central Kyoto.

With the Chestnut draped in new leaves -
The sound of children at play
Drenches the lilac too. 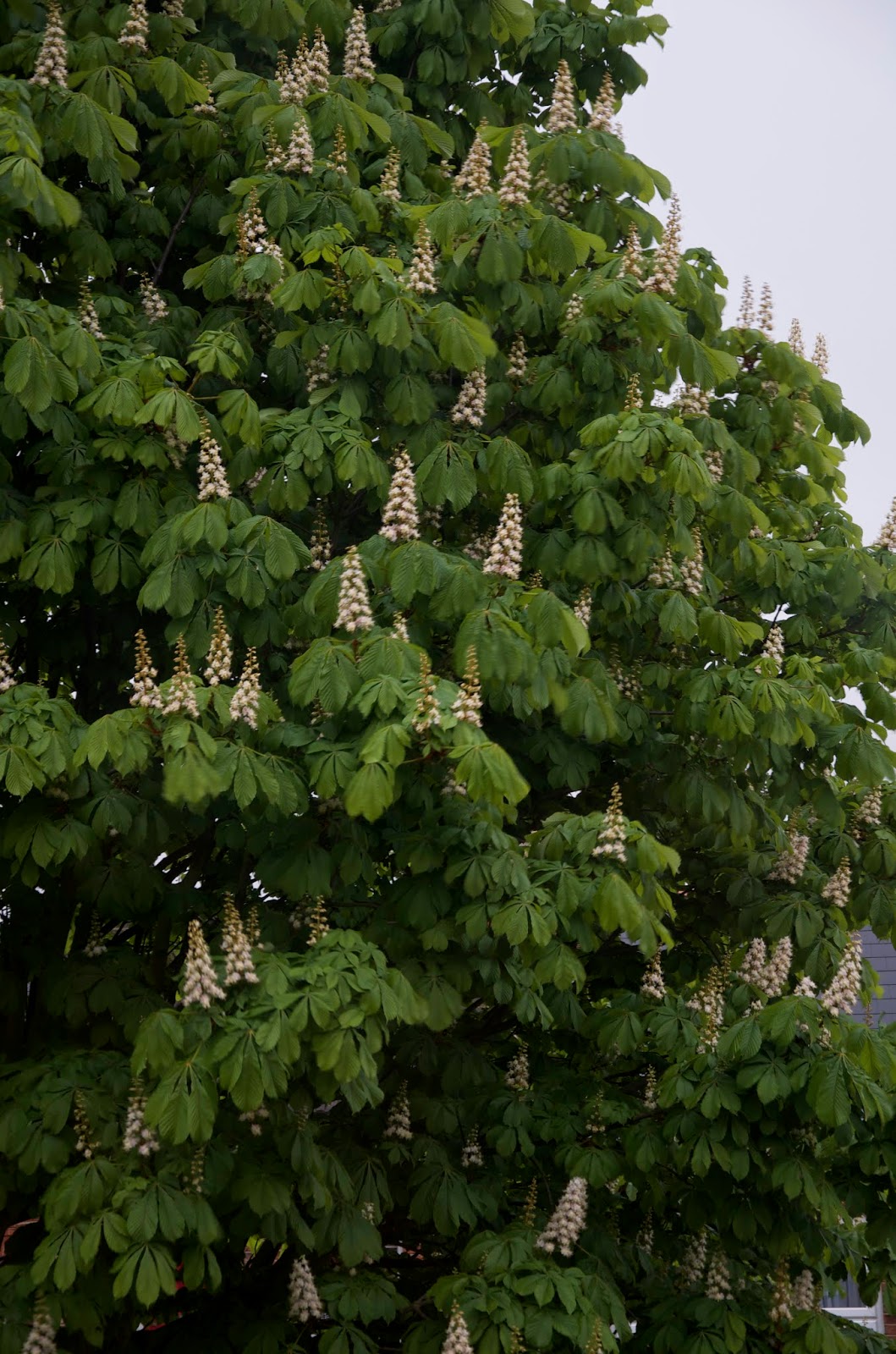 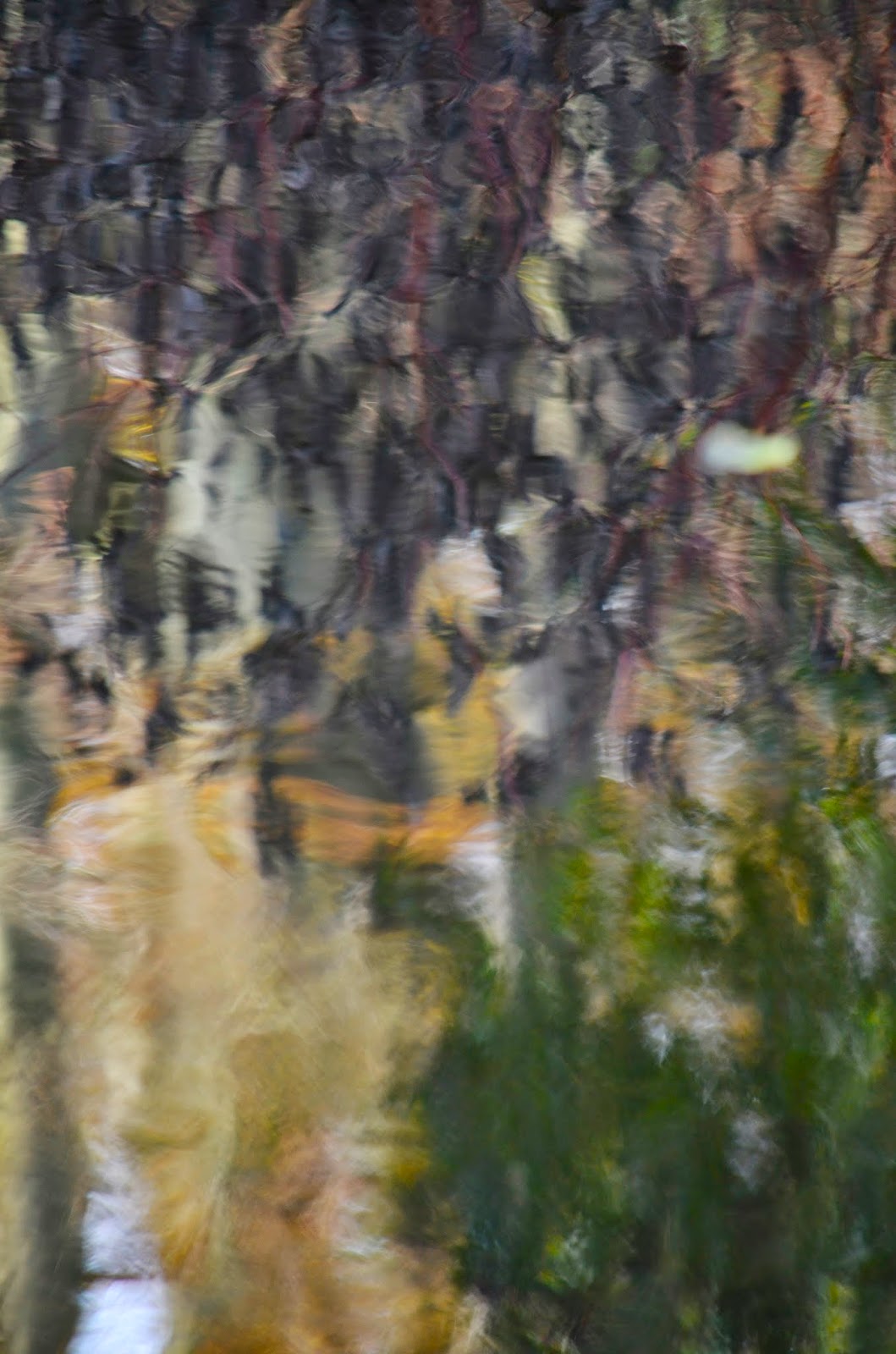 Air thick with the scent of rain
Pressing down on voices soon to flee –
Preparing tea. 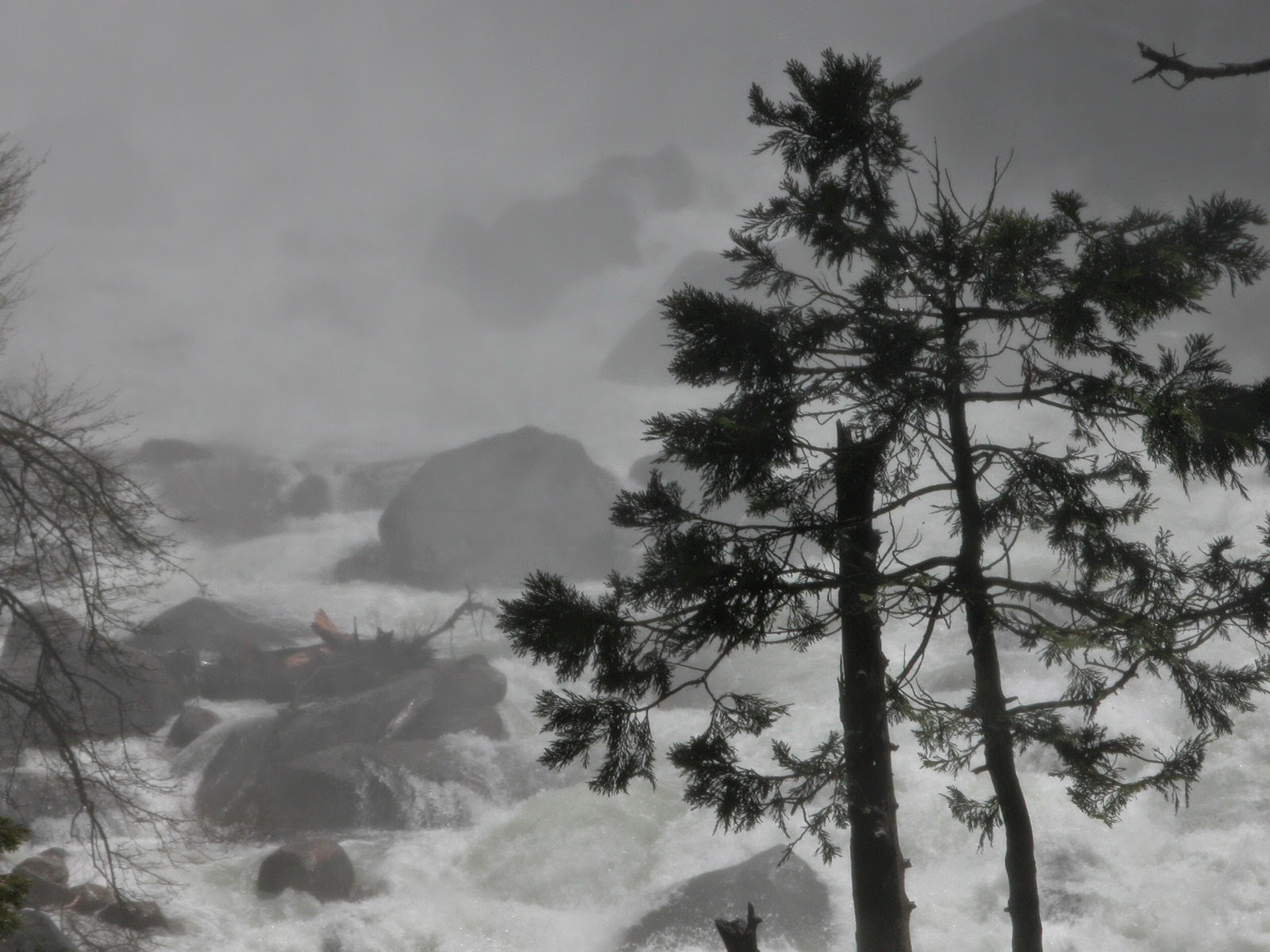 Taking the path across the slope,
Past tight oak buds
Still sleeping ferns,
Just a sheen on the Birch.
Following the river. 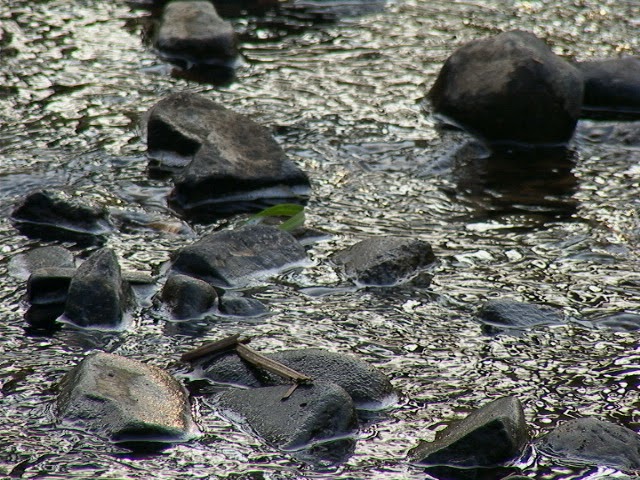 
Folding over the city’s angles.


To follow this blog: the 'Follow by E-mail' facility is now operating. Don't miss a beat and sign in.
Posted by Robert Ketchell at 21:27 No comments:

Narrative and the Japanese Garden 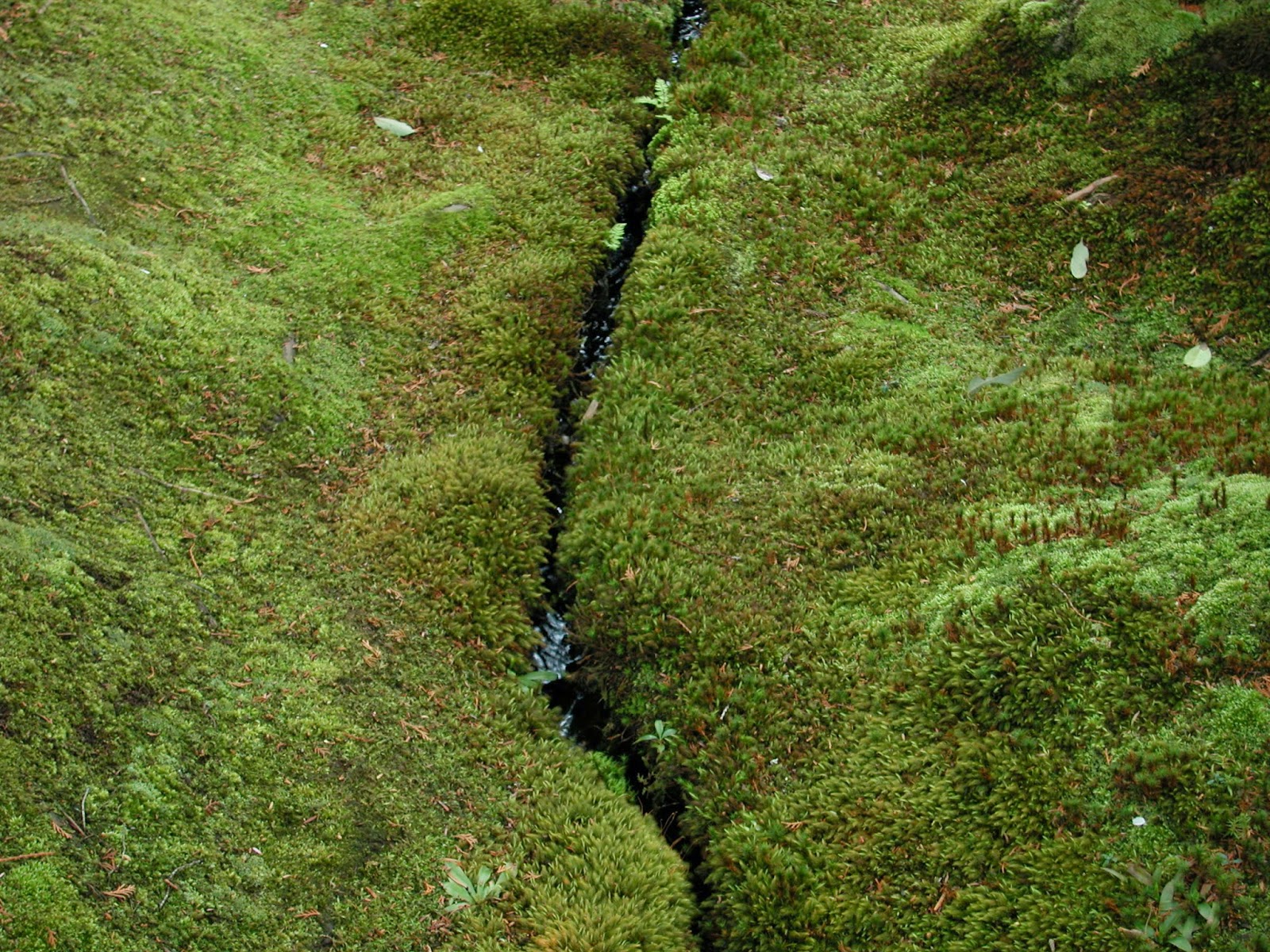 Creating a garden is to recreate the Universe, it is the re-imagining of time and space in one’s own image. This is so for gardens of any hue or colour. I see it as an exercise of two distinct parts. In the first I imagine the garden, as I see it emerging from my unconscious mind. Its physical form floats free from a clouded background, as voluminous energy coalesces and settles into forms. Order, appearing out of Chaos. Drawing on the energy of the rock, the flowing of water, thrusting, light seeking, plant forms. The static and the dynamic, each enhancing the other; the hard against the soft, light and its spectrum existing because of the all consuming depths of shade. Some thing becoming itself, as much as because of what it is not. The secret of yohaku, space before form allowing form to be seen. 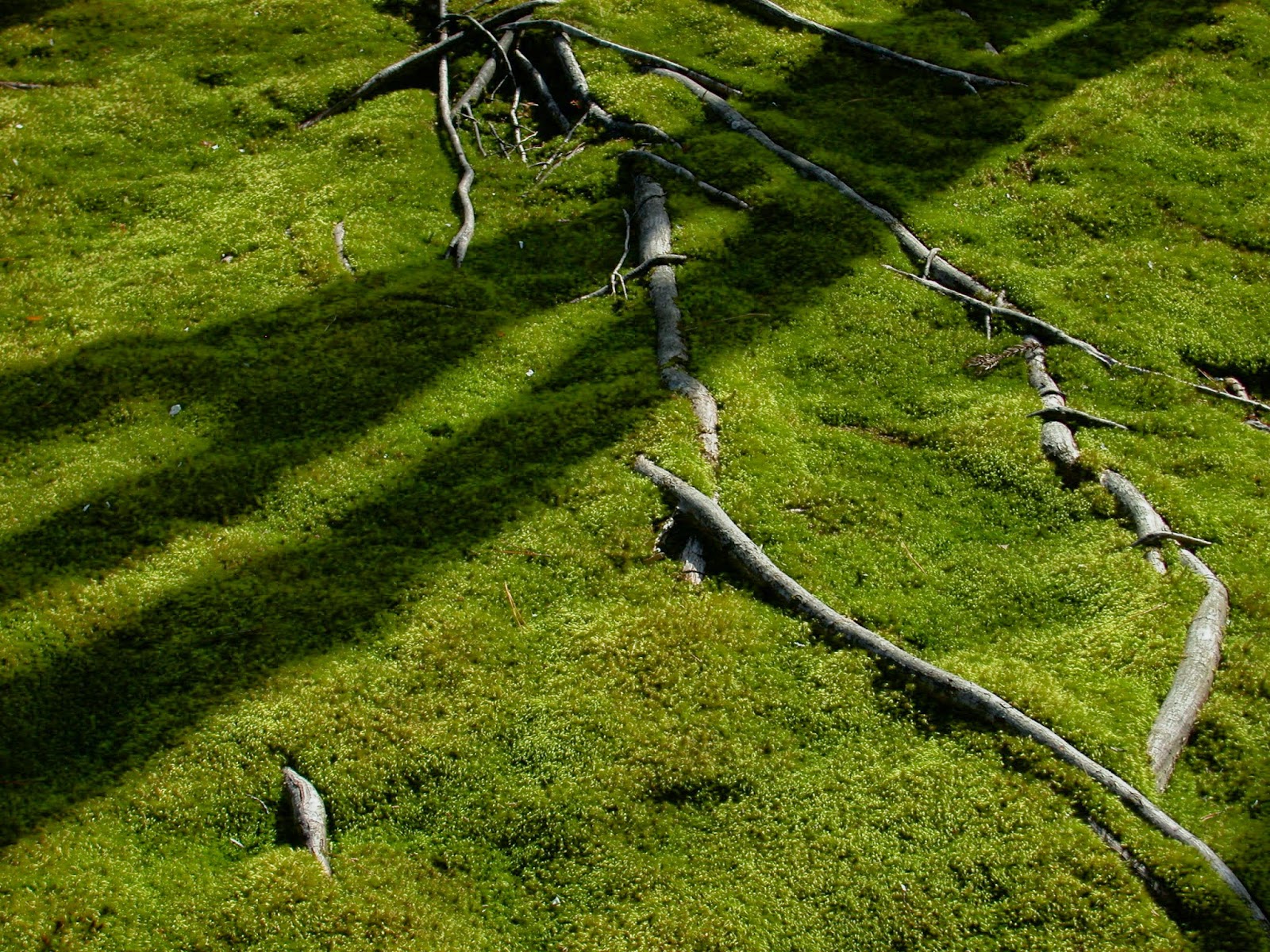 In the second stage, the second wave of recognition, I hear voices coming together; for a song, a story, begins to emerge from that which is before me. It is no longer a question of searching for answers, as coming to listen to what the garden itself is asking for. A garden, above all, desires to be heard. Beauty requires its moment. In China, the pulsing of energy through the earth was known as ‘dragon veins’. Landscape was alive, fecund, and constantly recreating itself according to cyclical sweeps of time that emptied spring into summer, and winter back into spring. In 10th century Japan they wrote poetry and wept into their draped sleeves. For the very seasonality of the garden emphasised the passage of time, the diaphanous conceit that everything returns to its source. 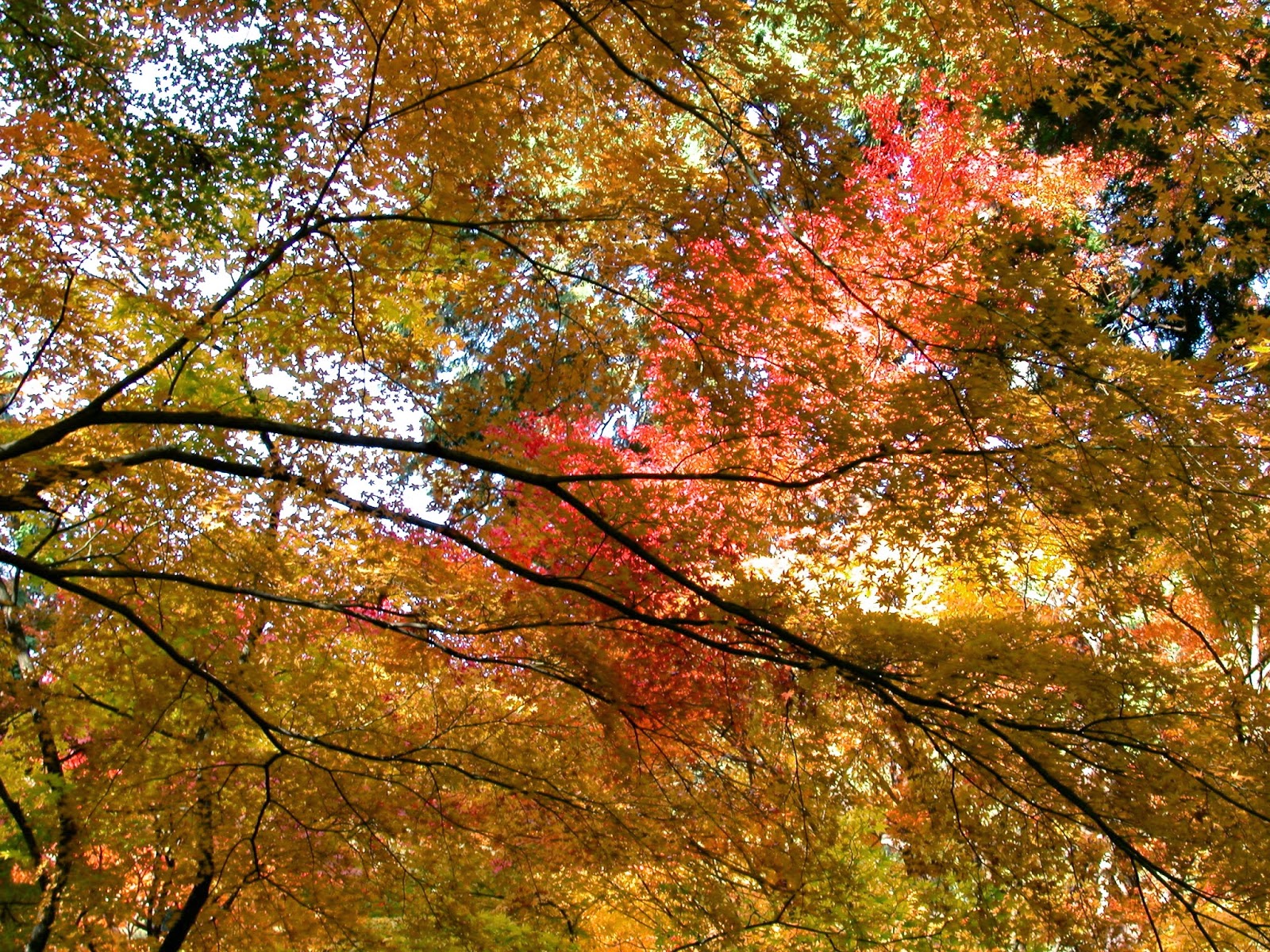 “It was late in the Third Month. Murasaki’s garden was coming ever more to life with blossoms and singing birds. Elsewhere spring had departed, said the other ladies, and why should it remain here ? Genji thought it a pity that the young women should only have a distant glimpses of the moss on the island, a deeper shade of green each day. He had the carpenters at work on Chinese pleasure boats, and on the day they were launched he summoned palace musicians for water music. Princes and high courtiers came crowding to hear.” Tale of Genji,  源氏物語. Murasaki Shikibu, early 11th C. 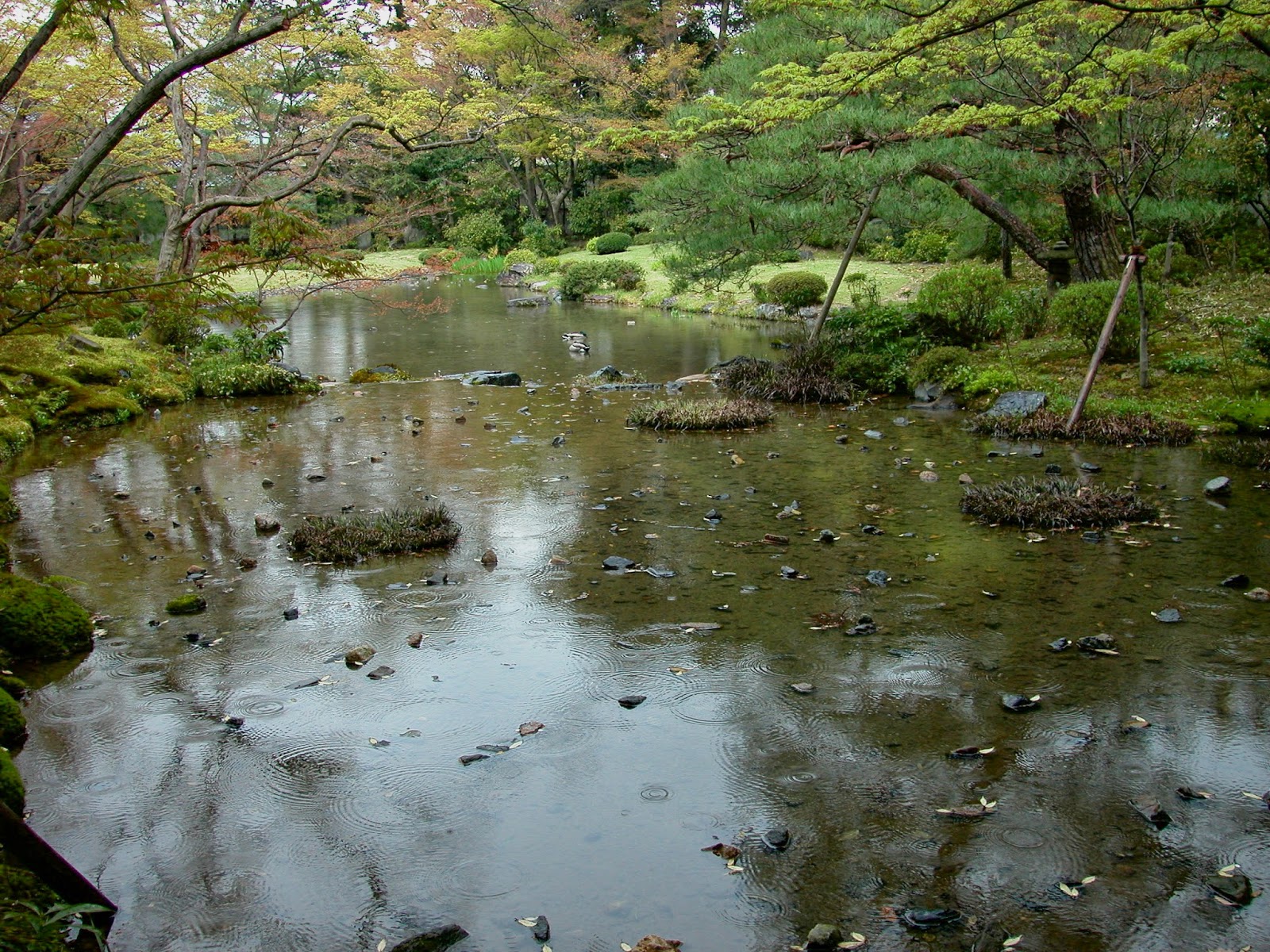 It is by narrative that I navigate through this world. Setting my compass by the ‘story’ I create and re-create endlessly, it becomes possible to distinguish value from up to down, inside to out. A common narrative theme in the gardens of Japan is the idea of the ‘Isles of the Blessed’. The paradisial islands of the gods, that fissure in the earth’ s crust from which the sacred escapes into the everyday air. And by association with something as ephemeral as an idea, the garden space becomes that which is born in the intention of the garden creator, another equally formless space. This recognises the most fundamental knowing of the garden. Chinese philosophy, Japanese perception. What of all this I have come to understand, is that the language is as universal as music. I can find the words to fit the song that desires to be heard through my hands. 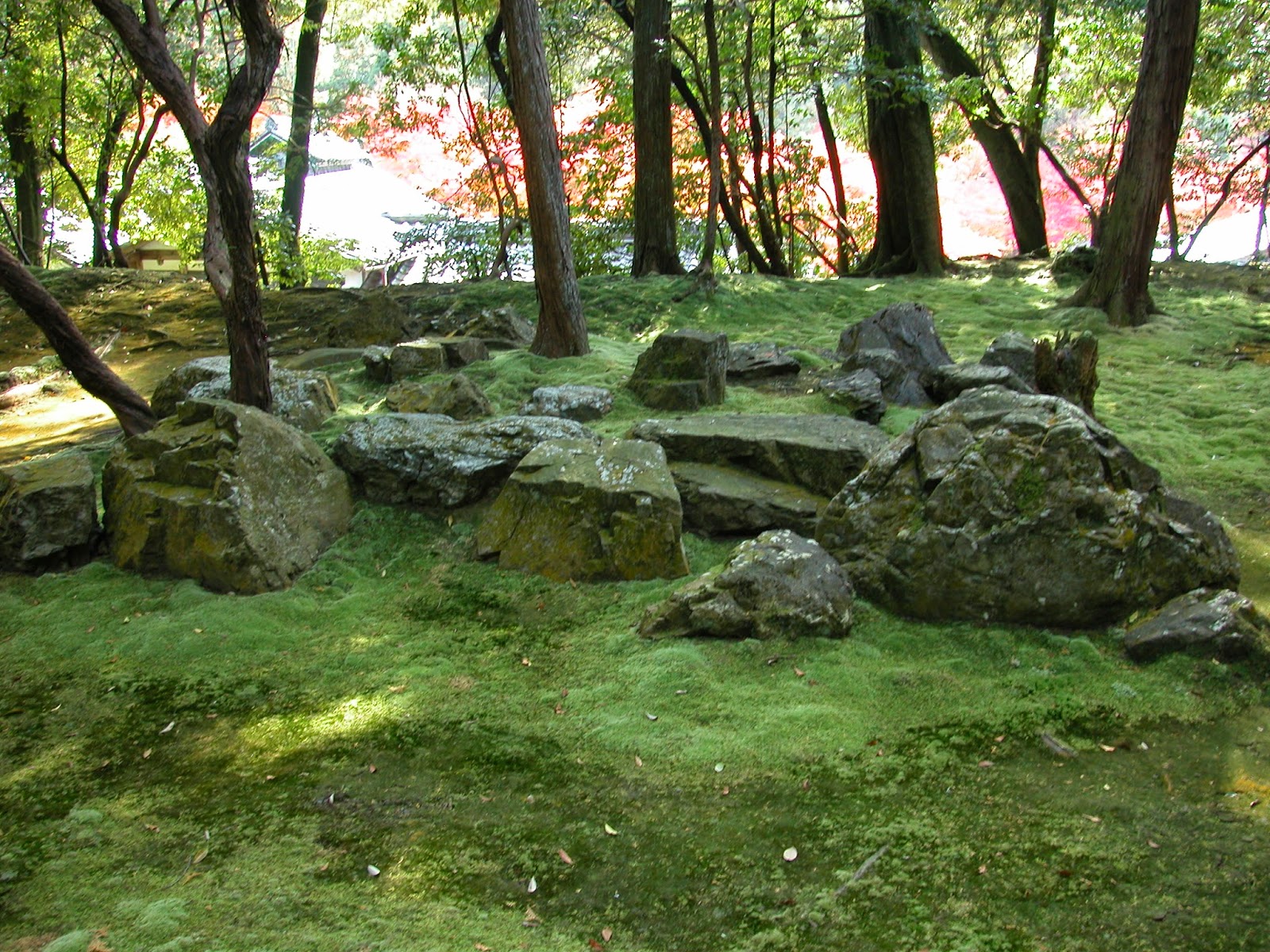 To follow this blog: the 'Follow by E-mail' facility is now operating. Don't miss a beat and sign in.
Posted by Robert Ketchell at 16:28 No comments: