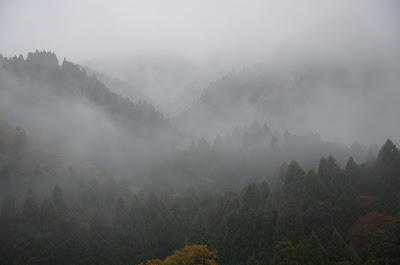 1 1. Evocation of the natural landscape as source of garden models. Since the earliest times gardens were modeled after natural scenery. At the beginning of the Sakuteiki it is written; “ Select several places within the property according to the shape of the land and the ponds, and create a subtle atmosphere, reflecting again and again on one’s memories of wild nature.”[1] The representation of natural scenery is sought in the garden in a refined and concentrated manner, evoking an emotional response in the viewer that is uplifting and yet calming. The garden tradition developed in an urban context and was intended to evoke natural landscapes in close proximity to human habitation. To this day as a garden apprentice one is told to look at the natural landscape as a source of inspiration. 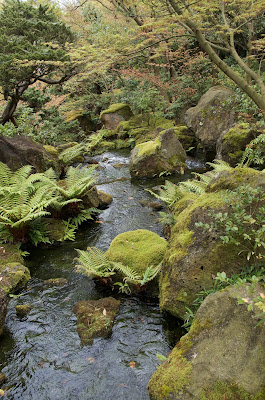 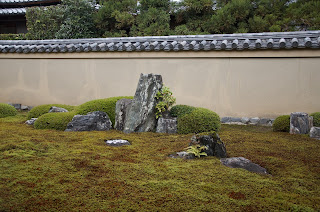 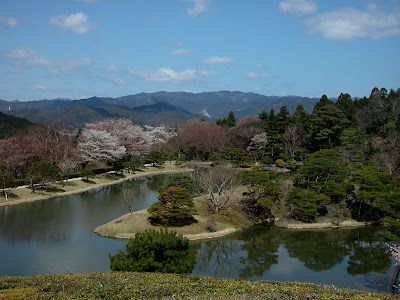 -   3. Symbolism. The use of symbolism in the garden to engage and communicate with the viewer has been widely used for centuries. Stones and stone arrangements were designated as representing a plethora of deities in temple gardens; in secular gardens a sanzon seki 三尊石arrangement (a triad of three upright stones set close together, the central stone usually representing Buddha Amida is taller than the two flanking stones) has been often employed as a protective talisman). Turtle(亀石組み) and Crane(鶴亀石組み) stone arrangements feature in many gardens; they invoke the concept of paradise due to their connection with an ancient Chinese legend of paradise being a series of islands supported on the backs of giant turtles, and cranes being the means by which people were transported to the islands. The symbolism in gardens is often Buddhist in origin, and provides another level of engagement with the garden. 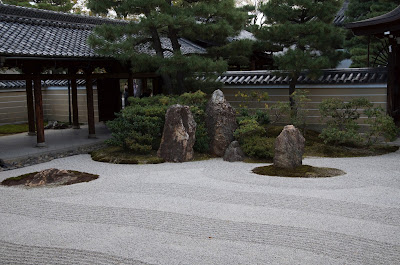 -   4. Nature as a healing force. This is a foundational notion connected with gardens, and the also seen in that gardens have always been associated with well-being. In both secular and religious circles nature has always been viewed as the source of all life, and people would venture into nature to seek moral and spiritual sustenance. To Buddhists such as Dōgen, the founder of the Soto Zen sect, landscape was conceived as a place where enlightenment as a transcendence of duality could be achieved. The creation of a garden calls upon the garden creator to inhabit and live out the qualities he or she is aspiring the garden to express. 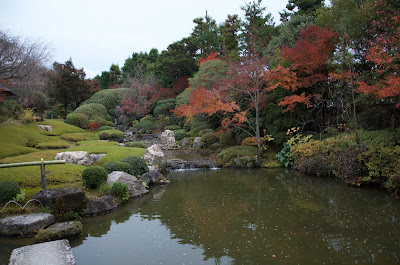 "Mountains and water are the actualisation of the ancient Buddhas. Each abiding in its phenomenal expression realises completeness. Because mountains and water have been active since before the Empty Eon, they are alive at this moment. Because they have been the self since before form arose they are emancipation-realization. Because mountains are high and broad, the way of riding the clouds is always reached in the mountains; the inconceivable power of soaring in the wind comes freely in the mountains." Dōgen Zenji 1200-1253