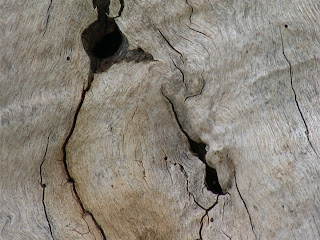 He always shrank inwardly when someone, usually a half-cut punter, would come up to him after a set and say something like, "Love the music. Great tone you have, real edge, thanks." All that, and sometimes more, accompanied by a grin, that ear to ear cheek stretcher of a grin. A rictus created by fear in mind of the interrogator. His response was to mutter something indistinct, else his eyes would glance away as if to escape the truth, or what was what he really felt. He played tenor saxophone for pick-up bands needing a horn player, usually late in the week at a pub that had seen better days, losing its grip among the ragged edges of the city sprawl. He made a living, not a great one, but he got by, and after all he was playing the music he loved, and at night he dreamt of Ben Webster and Johnny Hodges. It was a way of life that seemed better than any alternative options being offered. 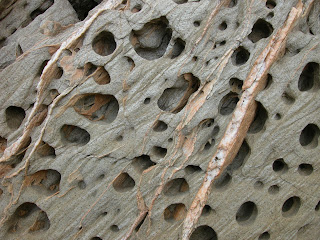 Dreaming of the warm rounded breathy notes created by Ben, the rolling rhythm phrases of Hodges, weaving about one another, thin and vapourous as cirrus clouds. There was the melody, quicksilvered in time, nudged this side and that, on the beat always. The bass-line a pulse revealing the heart base locking into the patterns splashed out on the skins. Tight, when its good, its tight, real tight together, a blade would break before they were prised apart. The sentiment releasing the emotion of the song, always the song, the voice singing out, wanting to be heard. Sending out those tentacles, streams of vibrating air, fingers reaching across distance and time, through clothing, flesh and bone. He had a clear sense, a feeling in his belly, when he knew he was 'on the spot', 'in the zone', everything cleared into no-thought, only the action remained. After the strange sensation in his belly which he experienced as beans jumping about, he would utter to himself alone, 'Beans. The beans are jumping." 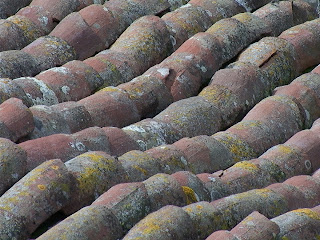 She had not intended to stay, but she did. She was there to meet someone, it was a date, something she had agreed to keenly, hopefully even. Perhaps she had been too quick to say 'yes'. The thought nagged at her, it kept coming back for attention, as if a drawer she could not quite close properly. It was his idea, she preferred Robbie Williams anyway. To her amazement she was entranced by the patterns the music made, she had not expected to have her emotions so engaged, yet somehow the pace and the gentle insistence of the music, the way it was so clearly drawn together from several places, somehow it all worked together. It made a space for her. It gave her hope something good would come of it all. Above all, it was the saxophone, who ever it was who was playing it seemed to be creating the music for her alone, she felt sadness when the solo finished, and the player stepped back into the shadows again. Then she knew she would be stepping into the night alone, and with every step of the walk home another part of the drawer would slide back into place.