The Universe In A Bowl Of Tea 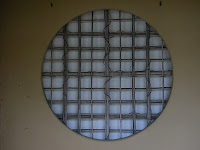 Most of the time we think in straight lines, as if afraid to step off the marked path. A hero see things differently. A hero sees around corners.

Born to a family of wholesale fish merchants  in Sakai, nearby present-day Osaka. Rikkyu changed his name from Tanaka to Sen after his grandfather Sen-ami, the painter and Tea enthusiast. He began his study of Tea (Cha no Yu) at the age of seven and was to became a pupil of Kitamuki Dõchin. Rikkyu was soon recognised by the Tea masters of the day as being someone of special ability and perception. He hosted his first ceremony at the precocious age of sixteen. 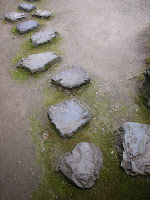 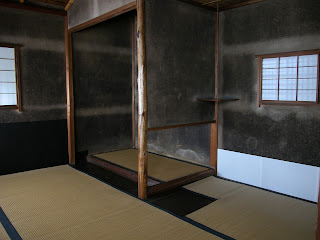 Rikyu's ability became known to the Shogun Nobunaga, and following the death of Nobunaga he entered the service of his successor Hideyoshi Toyotomi, as Tea master, and was charged with the task of revising the form and rules of the Tea ceremony. For Rikkyu, Tea was founded on the four principals, Wa ( Harmony), Kei  (Reverence ), Sei  (Purity), and Jaku  (Calm). His conception of the form of the ceremony, the architecture of the Tea house and its garden setting has been accepted as the classical form ever since, his descendants continue to run the finest schools in Kyoto.

“Ceremonial tea;
Just to boil water,
Make the Tea
And drink it -
That is all.” 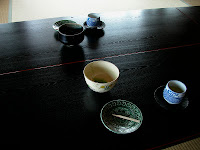 Rikyu's genius was to fuse in one place, at one moment in time the threads of social, aesthetic and spiritual aspiration inherent in Japan and China. He drew on the poetry of Li Po and the mystic of the ‘Grass Cottage, absorbed the concern with cleanliness from Shinto, and looked again at the utensils and his surroundings, with eyes unshackled by a Zen inspired directness and lucidity. For Rikkyu, beauty was Nature presented in absolute order, the  cleanliness of the roji  which prepares the guest for introspection, the pattern of movements of the hands preparing the tea, the studied calm of host and guests, a coming together of the past, present and future.  Above all the genius of Rikkyu was to formulate a ceremony that was accessible to everyone, steeped in Zen, the tea ceremony is essentially a democratic practice. 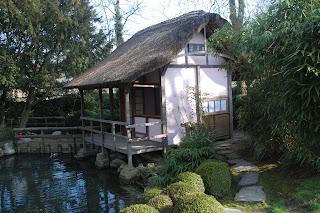 Rikyu's life was despite the extraordinary achievements was to end in  Shakespearian tragedy. The precise reason for his falling out with Hideyoshi is not known, certainly in his role as Tea Master to the Shogun, Rikkyu attained a very powerful position politically and his influence would have touched even the supreme ruler. There are rumours of a plot to poison Hideyoshi’s tea, also it has been noted that several of Rikyu's disciples had converted to Christianity, a highly fraught occupation at the time. The security of the Tea room was sometimes taken as a cover for the performing Mass, at a time when Christianity was a proscribed religion in Japan, one practised one’s faith at risk of the death penalty. There is no evidence that Rikkyu himself had converted to Christian belief. On the twenty-eighth day of the second moth of the year of Tenso (1592) word was sent to Rikkyu  that the Shogun considered his value to be at an end and that Rikkyu was to take ‘the honourable way out’.

There was the final Tea ceremony surrounded by his closest associates, after which the utensils were distributed among the guests, final poems were written. Rikkyu died by his own hand in the Tea room, he was seventy-one years old.

‘What I have often dreamed
Far beyond my troubled life
In this weary world,
Now perhaps I may attain
In the true reality.’

Posted by Robert Ketchell at 22:13