The Scent Of Memory 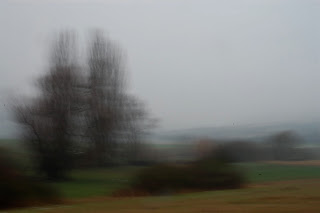 The Scent of Memory

The scent of memories laid away and yet never quite completely forgotten is quite distinct. Set aside one dim distant day, so carefully, reverently even, perhaps for a reason now overlain by an infinite multitude of events that compose the procession of time making its meandering way over a broken & barren landscape of submerged dreams waylaid by ill suited desires.

Ah yes, memory. It came flooding into his consciousness in a jagged rush, when, for some unconsidered reason, his first reaction was to offer up the stiff half-folded piece of paper to the moist tip of his tongue. It tasted as old as it appeared to be. Though deep within the dusty, parched dryness, there was feathered in a hint of a damp green moss; a scent that spoke of time, as well as the earth. It must have lain hidden away for years, and now here it was. Carefully he opened it out, he looked and looked at the image it contained, as with an elusive stealth all sense of the past, the present and the future gradually melted into one continuous flow. When all that remained of that world, as it was then, were muted threads of music playing somewhere else, another room in the distant quarter of a house that one avoided visiting for reasons that no one could now recall. Not here, not now, somewhere else. Some other time, some other place.

The photograph was in black and white, or to be more correct, composed of seemingly infinite shades of grey, ranging from the almost, but not quite, black to almost but not quite, white. Differing degrees of light and shade fusing and unravelling, rising and falling in waves that appeared to have neither source nor indeed an end, or even the certainty of purpose, except to record a singular moment of one time. One, amongst an impossible number beyond infinity. As his eyes drew into focus there swam lazily into view two figures, both smiling as if pleased with what they had said or done. There was nothing to identify either the time nor the place; nothing to locate it in any reality that would make that time return, triumphant and glorious, bold and cocksure.

“That’s how we were then. It was so very long ago.” The words emerged in his mouth, billowing heavenwards as if clouds rising over the mountains he had come to love and cherish. Then the taste re-establishd itself on his tongue; the dust of a past, parched and drained of meaning or vigour. As the image dissolved before his eyes, he was no longer seeing through vision, but solely reliant now on scent, taste and sad, crumbling, unreliable memory. His long thin fingers folded the paper and replaced it in the forest of documents, and with a sigh he pushed the draw gently closed. 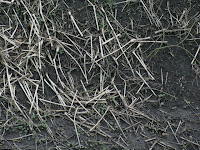 Posted by Robert Ketchell at 22:51