The Present Is Never Enough 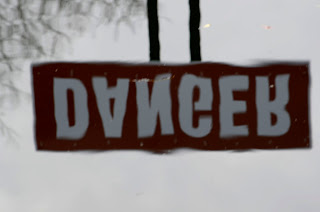 We spent some time talking on the phone, it was good, in the sense it left behind a feeling that was wholesome at least. In the aftermath I felt pleased with myself, content that I had done something worthwhile, even if nothing much had been altered or changed. Yet the sense of well-being was a chimera, a façade to weal over deeper wounds, deeper hurt that just would not vanish so easily. In a day or two it was a sense of disgust, that I had allowed myself to be deceived so easily by my own selfishness. Life appears to be that way inclined, we can only deal with what we have before us, yet we continue to insist on dragging a reluctant past into even the smallest detail, as we refuse to accept the present and can only deal with what is past or what we desire the future to be. Somehow the present is never enough, it's just too insubstantial, not anchored in a reality that we care to choose, it carries too much of its own will. 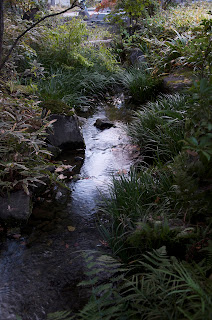 I walked over to the window and looked out at the frozen landscape, mired as it was in monochrome, all colour drained by the lack of movement. I stood there a long while focused on nothing much, just lost in thought, seeing yet registering nothing at all. Then for a moment there was a movement that caught my eye. Two small children wrapped in several layers ran out into the snow. I could imagine them laughing shouting to one another, joy meteor-arced across their souls, warmed by the depth of their pleasure and contentment at the novelty of it all. It was then that the tears began to flow, running in thin rivulets down grizzled cheeks. Those tiny barely significant traces of something other than blacks, greys and whites, were sufficient to unlock all that nature had set aside. 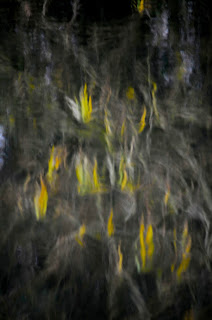 Posted by Robert Ketchell at 14:29